‘Sikh’ struck on head in hate-motivated assault in Canada 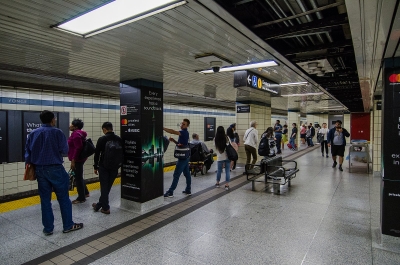 Toronto, Jan 23 (IANS) A man, apparently a Sikh, was allegedly struck on the head, causing his turban to fall on the ground, by an unidentified man, who also made “derogatory comments” at a subway station in Canada, police said.

Upon reaching the scene, police found that a man had been struck on the head causing his “religious head covering” — which they later identified as turban — to fall on the ground.

The suspect allegedly passed derogatory comments at the victim before he left the TTC station, the Toronto Police said in a statement.

The victim, whose age or religious affiliation were not released by the police, sustained minor injuries on his head.

However, a report in Omni News, a multicultural and multilingual broadcaster in Canada, confirmed the identity of the victim as Sikh in its report.

The suspect was last seen wearing a blue hat and a black jacket and was carrying a black bag.

“After consultation with the specialised Hate Crime Unit, the investigation is being treated as a suspected hate-motivated offence,” the Toronto police said in its statement.

Toronto Mayor John Tory said police are investigating the hate-motivated assault of a man at the subway station. “Our transit system – and city at large – must be safe places for all and free of hatred, without exception,” Tory tweeted after the incident.

“Hate has no place in our city. We must all call out and stand together against discrimination and violence,” he said.

Condemning the incident, the Toronto Transit Commission said that they will continue to assist Toronto Police in the course of their investigation.

India could emerge as major power next year

Sonakshi performing at Bieber’s India gig not a good…

In past 8 years, people of Delhi at receiving end of…