Schengen area welcomes Croatia, but leaves Bulgaria and Romania out 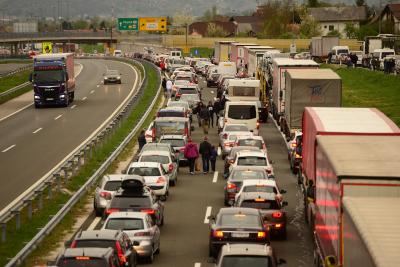 However, Romania and Bulgaria were not admitted.

“I am very pleased that during the Czech Presidency, Croatia was able to take two important steps in its European integration by joining both the euro and the Schengen areas,” said Vit Rakusan, the Czech Republic’s Interior Minister, after a meeting of EU interior affairs ministers.

The Czech Republic currently holds the presidency of the Council of the EU, which rotates every six months, Xinhua news agency reported.

The inclusion of Croatia in the free movement area means that from January 1, 2023, checks on persons at internal land and sea borders between Croatia and the other countries in the Schengen area will be lifted. Checks at internal air borders will be lifted from March 26, 2023.

However, despite widespread support for Romania and Bulgaria’s accession to Schengen, the two countries were not admitted.

Austrian Interior Minister Gerhard Karner said he had opposed their membership due to security concerns. Vienna has recorded 100,000 illegal border crossings so far this year. Meanwhile, the Netherlands opposed granting access to Bulgaria, citing concerns over corruption and migration.

However, Rakusan said he believed Bulgaria and Romania were ready to be Schengen members.

“Their time will come soon,” he added.

The Schengen area was created in 1985 to allow for free movement between five European countries. The area has since expanded to include 22 of the 27 EU member states, as well as Iceland, Liechtenstein, Norway and Switzerland.

The area has a coordinated approach to immigration at its common border. The inclusion of Romania and Bulgaria could help Europe to better manage its borders, according to French Minister of Home Affairs Gerald Darmanin.

Johannson has promised support to the two countries for the next steps, while Rakusan said he would ensure that Sweden, the next country to take up the presidency of the European Council, would keep the accession of Romania and Bulgaria at the top of its agenda.

Twitter to stop forcing users onto ‘For You’ timeline

The Ultimate Bench Press Workout to Increase Strength and Muscle

US to designate Russia’s Wagner Group as ‘Transnational Criminal Organization’

Abu Dhabi likely to offer ECB use of its facilities for…