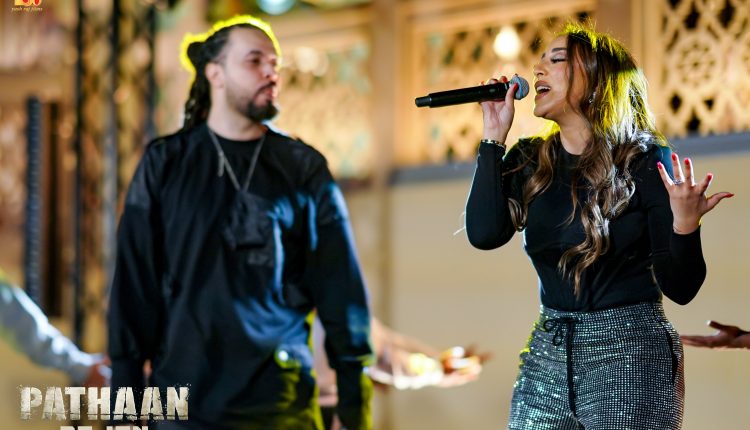 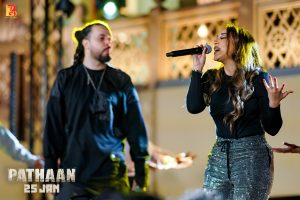 Pathaan has become one of the most anticipated Hindi films to release in a long, long time. Touted as one of the biggest ever action spectacles that audiences have seen in theatres, the visually spectacular Yash Raj Films’ action extravaganza, Pathaan, is part of Aditya Chopra’s ambitious spy universe and has the biggest superstars of the country Shah Rukh Khan, Deepika Padukone and John Abraham in it.

The hype around Pathaan is unprecedented and Shah Rukh Khan, who was in the Middle East for the International League T20, had Dubai witness the showcasing of his Pathaan trailer on the iconic Burj Khalifa along with having the city groove to Jhoome Jo Pathaan – Arabic Version! And we gotta say it was quite a party this weekend with the excitement right to the “top” quite literally indeed!

Dubai celebrated Shah Rukh Khan and Pathaan as the trailer of the film was lit up on the iconic Burj Khalifa along with hordes of fans and public present in overwhelming numbers grooving to the very popular singing sensation Grini and talented and beautiful Jamila rendering their infectious voices to the Jhoome Jo Pathaan Arabic song at the song’s spectacular launch at The Dubai Mall Promenade in grand style! Moreover, the fans were overjoyed and over the moon interacting with the Pathaan himself at Reel Cinemas, The Dubai Mall.

YRF’s adrenaline pumping film, Pathaan, is set to release on Jan 25, 2023 in Hindi, Tamil and Telugu. All the assets of the film that YRF has released so far have turned out to be super-hits right from the teaser, the two songs – Besharam Rang & Jhoome Jo Pathaan – and the recently dropped trailer that has caused an internet meltdown!

Celebrate Pathaan with YRF 50 only at a big screen near you on 25th January, 2023.
Releasing in Hindi, Tamil and Telugu.

G-20 countries to inject $ 5 trillion into global economy to…

Nawazuddin Spills The Beans About Kangana Ranaut As A…

‘I made a mistake’: Hockey star promises to persist with…