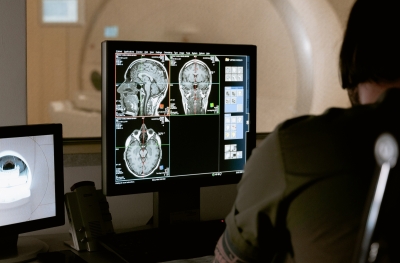 San Francisco, Nov 24 (IANS) A woman has been diagnosed with a brain tumour after she claimed that voices in her head told her to have a CT scan.

A Twitter user has shared the woman’s unusual hallucination medical case, which goes viral, and the post already has more than 43,000 likes and 6,500 retweets.

“Diagnosis made by hallucinatory voices,” the user tweeted.

“Woman hears voices asking her to get a CT scan because they claim she has a brain tumour. Her psychiatrist orders a scan to reassure her but they actually find the tumour. After her surgery, the voices thank her for listening and disappear,” it added.

According to a case report published in the BMJ, in 1984, a woman in her early 40s said she was alone at home and reading one day when a voice began to speak to her.

“Please don’t be afraid. I know it must be shocking for you to hear me speaking to you like this, but this is the easiest way I could think of,” the voice told her.

“My friend and I used to work at the Children’s Hospital, Great Ormond Street, and we would like to help you,” it added.

After being diagnosed with functional hallucinatory psychosis, she was given medication and counselling, and the hallucinations subsided for a time, but they returned when she was on vacation abroad.

The voices then informed her she had a brain tumour and her brain stem was inflamed, and that she should go and ask for a scan, reports IFLScience.

Moreover, the patient and team discussed how to best treat the tumour and decided to operate as soon as possible, a decision that the hallucinated voices supported.

The tumour was removed, but when she awoke from surgery, she heard the voice again, saying, “we are pleased to have helped you. Goodbye.”

According to the doctor, who followed up with her 12 years later, the voices did not return again, said the report.

Rakshanda Khan: I’ve lost out on roles to people not necessarily on basis of talent but also budget