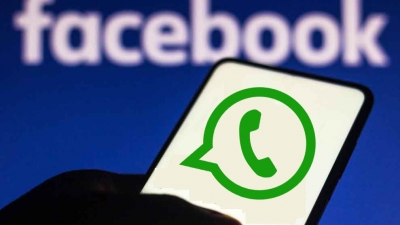 The mute shortcut will display at the top of group chats and will help users to disable notifications of messages received in the group, reports WABetaInfo.

Earlier this month, Meta Founder and CEO Mark Zuckerberg announced that 1,024 users can be added to a group, so the new feature will be very helpful for users who do not want to receive a lot of notifications from group chats.

WhatsApp beta for Android received the same feature to automatically turn off notifications for large groups two weeks ago.

Meanwhile, the messaging platform had rolled out a new feature to some beta testers that allow users to see profile photos within group chats on a desktop.

The feature helps users to identify group members for which they don’t have the phone number or when they have the same name.

Srikkanth says Pant not utilising his chances, suggests giving him a break to reinvent his game

Indo-Fijian lawyer may face jail for pointing out spelling error

Treat cadre as unit for collecting quantifiable data to…

16 seafarers, including three from Mumbai, stuck at Chinese…