What exactly is ChatGPT? Is it the tech world’s new Frankenstein? 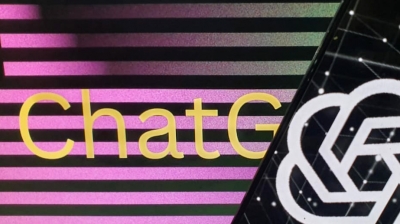 New Delhi, Jan 14 (IANS) As the world goes gaga over artificial intelligence (AI)-driven chatbot called ChatGPT — that writes poems and essays and makes humorous comments like your friendly buddy, the conversational AI has opened several frontiers for real-life use cases going forward, only if handled with care.

According to OpenAI, the company behind chatGPT, they have trained an AI model which interacts in a conversational way.

ChatGPT is a sibling model to “InstructGPT”, which is trained to follow an instruction in a prompt and provide a detailed response, according to OpenAI which was acquired by Microsoft for $1 billion.

This is how it works.

The company trained the model using ‘Reinforcement Learning from Human Feedback’ (RLHF), using the same methods as InstructGPT, but with slight differences in the data collection setup.

“We trained an initial model using supervised fine-tuning: human AI trainers provided conversations in which they played both sides – the user and an AI assistant,” says OpenAI.

The teams gave the trainers access to model-written suggestions to help them compose their responses.

“We mixed this new dialogue dataset with the InstructGPT dataset, which we transformed into a dialogue format,” the company informed.

To create a reward model for reinforcement learning, it took conversations that AI trainers had with the chatbot.

“We randomly selected a model-written message, sampled several alternative completions, and had AI trainers rank them. Using these reward models, we can fine-tune the model using ‘Proximal Policy Optimisation’. We performed several iterations of this process,” explained OpenAI.

What are its limitations?

According to the company, fixing this issue is challenging, as during RL training, there’s currently no source of truth and training the model to be more cautious causes it to decline questions that it can answer correctly.

Also, supervised training misleads the model because the “ideal answer depends on what the model knows, rather than what the human demonstrator knows”.

ChatGPT is sensitive to tweaks to the input phrasing or attempting the same prompt multiple times. For example, given one phrasing of a question, the model can claim to not know the answer, but given a slight rephrase, can answer correctly, according to OpenAI.

The model is often excessively verbose and overuses certain phrases, such as restating that it’s a language model trained by OpenAI.

“While we’ve made efforts to make the model refuse inappropriate requests, it will sometimes respond to harmful instructions or exhibit biased behaviour. We’re using the Moderation API to warn or block certain types of unsafe content, but we expect it to have some false negatives and positives for now,” it added.

The change and challenges heralded by ChatGPT (IANS Opinion)

Budget 2021: Here’s what Sitharaman announced for…

WT20 2016 trophy to depart on global journey on Sunday

NCPCR to conduct rescue operation at 75 places where kids…