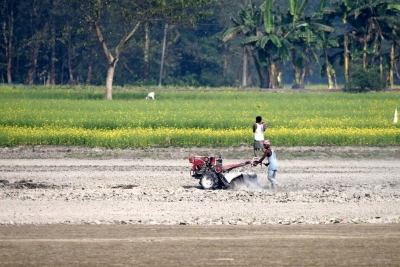 <br>These families would now be given Rs 6,000 annually by the government in their bank accounts. In this regard, an order was expected to be passed by the Central government soon.

Before the abrogation of Article 370 of the Constitution of India, the families belonging to West Pakistani refugees, Valmikis and other migrants could not get benefits under the Prime Minister’s Kisan Nidhi scheme, as they were not state subjects and did not have land ownership rights.

Millions of families living across the country as well as in Jammu and Kashmir, who had land ownership rights and were poor were being given Rs 6,000 annually by the government in three equal installments. The scheme was launched on December 1, 2018, since then West Pakistanis, Valmikis and other refugees were deprived of it as they did not have their plots and land rights.

Sources told Milap news network that the Jammu and Kashmir government had taken up this issue with the Indian government and after seven decades the mentioned deprived sections would get their land rights to a maximum extent. The Union Ministry of Home Affairs would issue a formal order regarding the meeting.

The land was given to the West Pakistani refugees mostly in Pargwal, Akhnoor, R.S.Pora and Bishnah tehsils of Jammu and some parts of Samba and Hiranagar in Kathua district.

The families who had benefited from this initiative at the government level expressed their happiness and thanked the present government.

Three of a family electrocuted in Gujarat’s Tapi

Singer KK Was Sweating Profusely, Complained Of AC Not…

Shadab Sabri to do cameo in ‘Nadaaniyaan…’