Varisu: Vijay Charges 100+ Crore, 25 Times More Than What Rashmika Mandanna Is Getting Leaving Many Bollywood, South Biggies Behind! 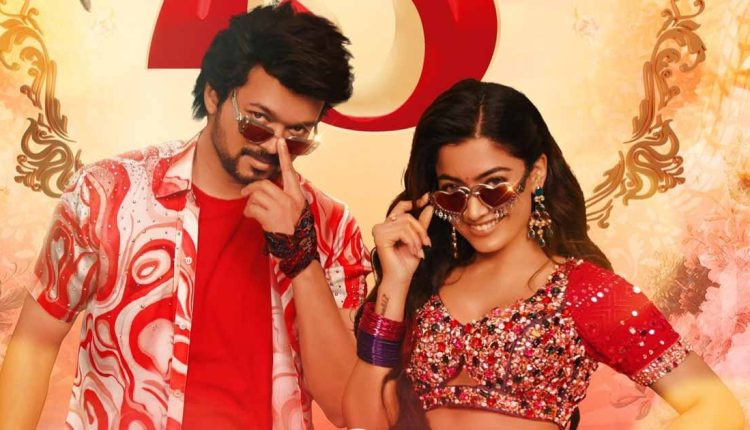 Get ready to witness a double dhamaka at the box office as two Tollywood films – Thalapathy Vijay’s Varisu and Ajith Kumar’s Thunivu – are set to clash. Kollywood fans have been waiting for this Friday, i.e., tomorrow, to see the top actors. For the past few days, we have been bringing you the advance booking of the film and its Vijay-led film that has an upper hand in the high-voltage clash. But much before both the films set the box office buzzing with the collections we bring you the star cast’s salaries.

2022 was a great year for South Indian Movies as it saw setting new benchmarks and creating new box office records. Some of them like KGF 2, Kantara, RRR, and others continue to set new records. Scroll down to know who was paid and how much to star in the film.

Do you know Thalapathy Vijay has charged a hefty amount to star in Varisu? According to the latest media reports, Vijay has charged an exorbitant amount as he stars in his 66th film which is directed by Vamshi Paidipally and backed by Dil Raju and PVP Cinema. Varisu also stars Rashmika Mandanna, Jayasudha, Prakash Raj, and others in key roles.

According to a report in Pinkvilla, Thalapathy Vijay has pocketed the makers around 150 crore for Varisu. Yes, you heard that right! Vijay’s fees for the Vamshi directorial has surpassed the fees of many Bollywood and South biggies but are also 25 times higher than his co-star Rashmika Mandanna. After Vijay, Pushpa 2 actress charged a huge amount and took home a huge cheque of 4 crores, as per a report in FlickonClick.

With Thalapathy Vijay charging 150 crores and Rashmika Mandanna 4 crore for Varisu, the duo emerges as the highest-paid Indian actor and top-paid actresses in Kollywood, respectively. Woah! Quite interesting

The post Varisu: Vijay Charges 100+ Crore, 25 Times More Than What Rashmika Mandanna Is Getting Leaving Many Bollywood, South Biggies Behind! appeared first on Koimoi.

Brad Pitt Reveals His Favourite S*x Scene & It’s Not With Angelina Jolie But With Ex-GF Shalane Mccall: “Was Just Rolling And Frolicking”

One dead, 7 missing from migrant boat rescued by Spain

Ind vs Aus: We have got a better equipped and conditioned team than 2017, says Warner

SC to decide on early hearing of Ayodhya site