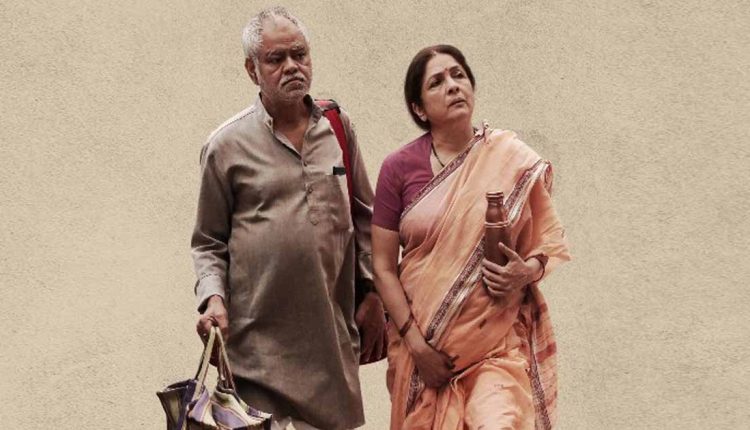 ‘Vadh’ director Jaspal Singh Sandhu revealed that there are possibilities of a sequel to the movie as it got a good response from the audience and he also appreciated the work of Sanjay Mishra and Neena Gupta in the film.

He said: “Yes, there is a chance of ‘Vadh 2’ because we have left the story open-ended. We do have a further story to come up with. And the newness would be more edge-of-the-seat narrative and powerful performances. I am kind of excited but let’s see what happens.”

Jaspal Singh Sandhu further spoke about Sanjay and Neena and shared that everyone liked their acting skills and appreciated them for their roles. “Everyone spoke about the impact of casting Sanjay Mishra and Neena Gupta and praised their natural acting. When you have such actors your job becomes a little easier because they are able to do full justice to the character and story. Audiences were surprised and thrilled to watch their characters in the film.”

Vadh director recalled memories from the sets and shared how the shooting happened in extremely high temperatures: “I remember it was very hot and the temperature was around 46 degrees and we were shooting in a very small claustrophobic location. Even though the location was very inside and we had to keep our vanities on the main road, Neena ma’am used to walk long distances and never complained. Manav was very amazing and cheerful. Saurabh Sachdeva was so much into his character that everyone was afraid to go to him and ask for tea.”

Must Read: Bhool Bhulaiyaa 3 To Return With Kartik Aaryan & Akshay Kumar Would Still Be Missing? Makers Say “The Expectations Are Sky-High…”

The post Vadh: Sanjay Mishra & Neena Gupta Starrer To Get A Sequel? The Director Hints, “It Would Be More Edge-Of-The-Seat Narrative…” appeared first on Koimoi.

Bigg Boss 15: Salman Khan Is Getting A Monstrous Amount To…

Mary Kom’s quarantine over, she can train in isolation

Porsha Williams Makes Fans Happy With This Clip And Message