UP woman kills man for hiding his first marriage 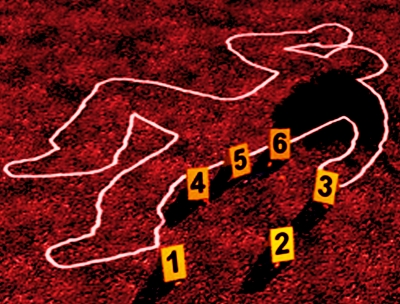 Basti, Jan 20 (IANS) Police in Uttar Pradesh’s Basti have arrested a woman, her father and an associate for the murder of a former CRPF jawan.

The police had recovered a man’s body in Sujawalpur village in the thickets under the Kalwari police circle on January 10.

The deceased was identified two days later as Rakesh Saroj.

SHO, Kalwari, Alok Srivastava said that Rakesh had taken voluntary retirement from the CRPF in 2020 and started a travel business.

“Rakesh had a dispute with his wife because of which she had left to stay with her relatives in Kolkata for some time. In the meanwhile, Rakesh met Sunita through Snapchat and then decided to marry her.”

Rakesh did not tell Sunita that he was married.

On the contrary, he told her that he had decided to stay single since he was posted in Kashmir for the last 10 years, the police said.

A few days after the two exchanged rings in December 2022, Sunita came to know that he was already married through her acquaintance in CRPF.

A furious Sunita then decided to kill Rakesh.

The police official said: “Sunita first called Rakesh on January 9 and demanded Rs 3 lakhs. The retired jawan told her that the transaction was not taking place due to a technical glitch and he would be able to give only Rs 1 lakh. He visited her the next morning. As per plan, as soon as Rakesh entered the house he was attacked by a sharp-edged weapon on the head and then strangulated. Later, with the help of her father and his associate the body was dumped.”

The call detail record of Rakesh showed that the last call was made to Sunita on January 10 morning, following which a team picked her up and interrogated her and she finally confessed to the crime.

Woman duped of Rs 1 lakh in name of ‘lucky draw’

Vietnam’s coffee festival to be held in March

Double joy for Khel Ratna Dipa as coach gets Dronacharya