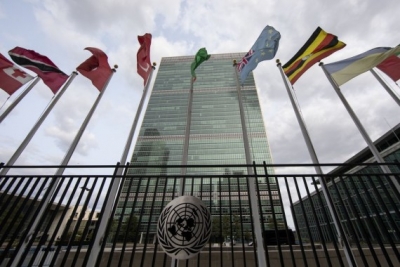 It will be the first of a series of shipments of fertilizer destined for a number of other countries on the African continent in the coming months, Xinhua news agency reported, citing a statement by Dujarric.

The United Nations welcomes the donation of 260,000 metric tons of Russian-made fertiliser stored in European ports and warehouses, which will serve to alleviate humanitarian needs and prevent catastrophic crop loss in Africa. The fertiliser donation initiative is part of the agreements signed in Istanbul on July 22 to address global food insecurity, to ensure the unimpeded exports of critical food and fertilisers from Ukraine and Russia to world markets, said the statement.

The secretary-general thanks the governments of Russia, Malawi and the Netherlands, in close coordination with the European Union, for their willingness to enable this first critical humanitarian shipment of fertilizer by WFP for global food security, it said.

The United Nations is continuing intense diplomatic efforts with all parties to ensure the unimpeded exports of critical food and fertilizers from Ukraine and Russia, exempt from sanction regimes, to the world markets, it said.

Fertilisers play a key role in food systems, as 50 per cent of the world population depend on agricultural products that are produced with the help of mineral fertilisers. Reconnecting fertilizer markets is a critical step to ensure global food security for 2023 and the United Nations will continue to make every effort, with all parties, to achieve this goal, the statement said.

UNGA Prez stresses on importance of bringing hope to Palestinians

Reese Witherspoon smiles away on turning 39