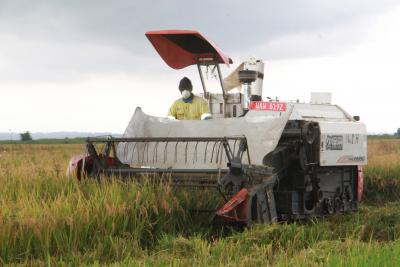 Kampala, Dec 9 (IANS) Uganda has said that it has heightened security in all its national parks following a fatal incident where a ranger was killed by armed poachers.

The Uganda Wildlife Authority (UWA), a state-run agency charged with wildlife conservation, said on Thursday in a statement that it has deployed additional personnel at strategic locations in all protected areas to ensure the safety of both humans and wildlife.

This move came after a ranger and a poacher were on December 5 killed in a gunfire exchange in the Kidepo Valley National Park, in the northeastern part of Uganda, neighbouring South Sudan.

“Our parks are safe, as has always been the case, but we don’t want to take any chances. As a precautionary measure, we are heightening security measures in all protected areas to ensure the safety of our visitors,” UWA Executive Director Sam Mwandha said.

The incident happened as the country is moving into the festive season when visitors to national parks are expected to increase, Xinhua news agency reported.

Tourism is one of Uganda’s major foreign exchange earners. The country used to earn more than $1.6 billion from the tourism sector annually before the Covid-19 pandemic, according to government figures.

The country’s tourism earnings in 2020 dropped to $0.5 billion due to the pandemic, according to the Ministry of Tourism.

Is everybody getting a fair shot, Obama asks about Oscars

Friends’ Jennifer Aniston Roams Around With An On-The-Go…