Two held for abandoning new born girl in UP 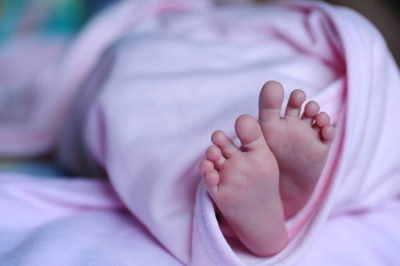 Pilibhit, Nov 30 (IANS) The Pilibhit police in Uttar Pradesh have traced the ‘anonymous’ parents who had abandoned a new born girl on the outskirts of the city two days ago.

The police arrested the father and grandmother of the new born girl.

The infant was rescued by the police on November 18 and later handed over to the specialised adoption agency (SAA) at district Badaun through the child welfare committee (CWC) at Pilibhit.

According to SHO Achal Kumar, “Monu Singh, 30, had married Priyanka, 28, a month ago. She was nine months pregnant with her first husband’s child at the time. On November 18, she gave birth to a baby girl and was misinformed by her mother-in-law Rani Devi, 55, that it was a stillborn. Later, Monu and his mother dumped the baby as they were not willing to accept her.”

An FIR was lodged in the matter against anonymous persons on November 27.

District probation officer Pragati Gupta said, “Now that the baby’s mother has been traced, we shall produce her before the CWC to let her claim the baby. However, she will be required to produce evidence which proves that she is the biological mother of the child.”

Rajinikanth & Filmmaker Shankar Reunite As Their…

PIC: Tara Sutaria’s nose boops and cuddles with her…

Wizards’ Nene out for six weeks

Minerva take on Mohun Bagan in battle of strugglers…