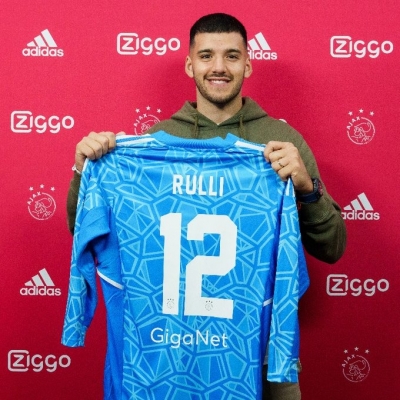 The Hague (The Netherlands), Jan 7 (IANS) Ajax, Villarreal and Geronimo Rulli have reached an agreement on the transfer of the Argentine goalkeeper to the Dutch soccer club, Ajax announced on Friday.

Rulli started his professional career at the Argentinian club Estudiantes in 2013. After that, he played for Real Sociedad in Spain and Montpellier in France, before signing for Villarreal in 2020. With Villarreal, he won the UEFA Europa League in 2021.

At the 2022 FIFA World Cup in Qatar, Rulli was the reserve goalkeeper of Argentina’s World Cup-winning team.

At Ajax, he has to compete for a place as the first goalkeeper with the 39-year-old Remko Pasveer and the 40-year-old Maarten Stekelenburg.

Born in La Plata, Buenos Aires Province, Rulli graduated from the local Estudiantes’ youth setup and was promoted to the first-team squad in 2012. Initially a backup to Justo Villar and Agustín Silva, he made his professional debut on April 8, 2013, after profiting from Villar’s departure to Nacional and Silva’s injury.

Chiranjeevi all set for ‘Waltair Veerayya’ pre-release event in Vizag

Thousands protest in Peru against ex-President’s…

White House insists companies weren’t forced to pull out of…