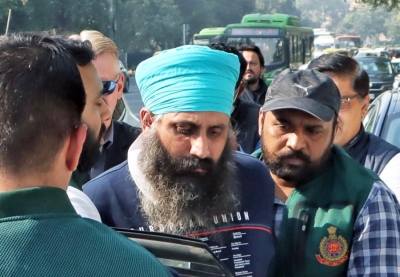 New Delhi, Jan 24 (IANS) A Delhi court has allowed extradition of Indian-origin Rajwinder Singh, accused of killing a woman at a beach in Queensland in 2018, from India to Australia to stand trial, media reports said.

Singh, 38, had moved an application in Delhi’s Patiala House court seeking to give his consent for extradition to Australia earlier this month.

According to ABC News, after court’s approval, Singh’s extradition request needs to be signed off by the Ministry of External Affairs.

This could happen within the month, but by the end of February at the latest, according to lawyers, it reported.

Singh, who had earlier wished to go to Australia and contest the case there, claimed that he did not kill Toyah Cordingley.

“Australian Police should investigate the case,” he said. Cordingley was walking her dog on Wangetti Beach, 40 km north of Cairns in Queensland, when Singh allegedly killed her in 2018.

Around three months ago, the Australian Police had declared a million dollar reward for any information leading to his arrest.Singh, who originally hails from Buttar Kalan in Punjab, used to work as a nurse in Innisfail, Queensland, IANS reported earlier.

“On November 4, via Twitter, the Australian High Commission had declared a reward of one million Australian dollars on the arrest of Singh, an Indian-origin Australian citizen, who had committed the gruesome murder of an Australian woman on October 21, 2018 in Queensland and had been absconding ever since,” said police.

According to a senior police official, the Interpol had also issued Red Corner Notice (RCN) against the accused and the CBI had got a non-bailable warrant, under the Extradition Act, issued against him from the Patiala House court on November 21, 2022.

Singh was arrested from near GT-Karnal road in Delhi on November 26 last year by the Delhi Police’s Special Cell.

Odisha BJP alleges irregularities in selection of beneficiaries for PMAY

AAP sticks to its demand to conduct Mayoral election today

95th Oscar nominations: ‘The Banshees of Inisherin’ leads the pack, India gets 3 nods

Iqlipse Nova Sends A Huge Message With His Latest Music Video ‘Meri Bari’: “My Aim Is To Help Motivate The Young…

SpiceJet to operate special Haj flights from Gaya and Indore