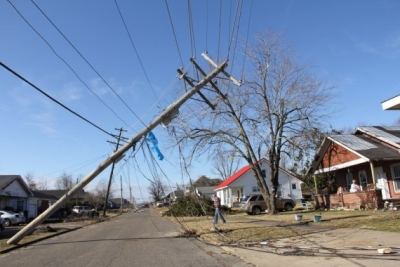 Washington, Dec 1 (IANS) Two people died after severe storms with tornadoes hit the south of the US.

Besides the two fatalities, multiple others were injured after the storms swept across the Montgomery County area in Alabama early Wednesday morning, officials were quoted as saying by Xinhua news agency.

“Our prayers are with our Montgomery County neighbors who have been affected by last night’s tornado outbreak,” Mayor of Montgomery Steven Reed tweeted on Wednesday.

At least 30 tornado reports have been made since Tuesday afternoon, mostly in central and southern Mississippi and Alabama, as well as in Louisiana, according to the US Storm Prediction Center.

A tornado watch was in effect for parts of southern Alabama, the Florida Panhandle, and extreme southwestern Georgia until late Wednesday morning.