Tokyo police crack down on risky cycling as accidents rise 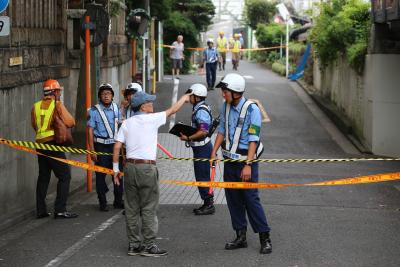 Under the stricter regulations adopted by the Metropolitan Police Department in late October, riders are more likely to be issued traffic tickets instead of warnings if caught ignoring traffic lights, Xinhua news agency quoted The Japan Times as saying in a report.

Such riders will also be fined when failing to make temporary stops at specified points, riding against traffic or cycling fast on sidewalks.

Bicycle accidents have increased in frequency in the city in recent years, accounting for 46.6 per cent of incidents as of the end of September this year, police data showed.

Yearly totals showed their involvement in all accidents had risen from a 32.1 per cent share in 2016 to 43.6 per cent in 2021, according to police data.

Statistics showed that Japanese police reported 21,906 cases of illegal cycling and 359 bicycle accident deaths nationwide in 2021, with over 75 per cent of the cases involving fatalities and breaching rules including ignoring traffic lights.

The Japan Times attributed the increase to a general rise in bicycle usage, fuelled partly by the ballooning food delivery industry and lifestyle changes prompted by the Covid-19 pandemic.

A poll conducted by the Japan Bicycle Promotion Institute found that 71.8 per cent of pedestrians and 88.1 percent of drivers in the country reported feeling annoyed or in danger due to cyclists.

New dangers have emerged as many Japanese residents, especially young families, are choosing power-assisted bikes over conventional ones.

In Osaka prefecture alone, some 48 preschool-aged children in the first half of 2022 were caught up in bike accidents, with 28 of them passengers on power-assisted bikes, said the newspaper.

1 killed, multiple injured as tornados tear through US

Nava Vision – The education startup that breaks away…

Zayn Ibad Khan is learning how to be romantic from his…