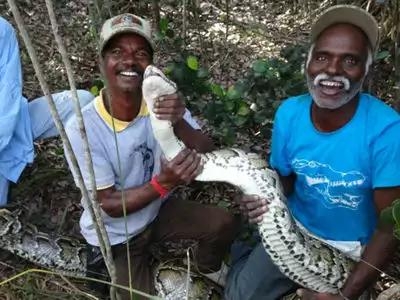 Chennai, Jan 25 (IANS) Expert snake-catchers from the Irula tribe in Tamil Nadu, Vadivel Gopal, and Masi Sadiyan, were conferred the Padma Shri – the country’s fourth-highest civillian award – on the occasion of the Republic Day 2023.

The duo, despite their lack of formal education, travel across the globe for catching snakes as well as to teach snake catchers. They use old and indigenous techniques, inherited from their forefathers, to catch the reptiles.

In 2017, the duo was taken to Florida for a pilot python detection project funded by the Florida University. Both Vadivel and Masi caught more than 27 pythons there.