The change and challenges heralded by ChatGPT (IANS Opinion) 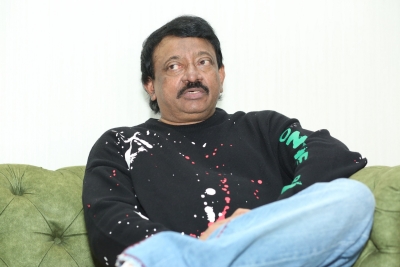 <br>Here are my 20 points on why the God-like ChatGPT will make teachers, lecturers, professors and the entire educational system completely outdated.

Point 1: If students are allowed to use ChatGPT in their exams, then there’s no point in studying anything because whatever questions there are on the exam paper, they can use #ChatGPTGOD to answer.

Point 2: There’s no logical reason to not allow #ChatGPTGOD into the classroom because then what is the difference between the knowledge that is there in your mind and what you have on your phone.

Point 3: Our memory-based educational system is outdated and should be thrown out, but should it be replaced by #ChatGPTGOD and its advanced versions in the future?

Point 5: Students should check out for themselves whether their teachers or their educational systems are able to teach them better than #ChatGPTGOD.

Point 6: When I was a student, we used to start from rote learning multiplication tables, but with the advent of the calculator that went out. Any technology’s objective is to save you from doing needless work and wasting time, which is why #ChatGPTGOD was invented.

Point 7: It’s inhuman to put our children through such gruelling hard work and waste their precious time when #ChatGPTGOD is there to do the job?

Point 8: Just like how we advanced from walking to having a vehicle to transport ourselves, similarly, instead of memorising, we should use #ChatGPTGOD.

Point 9: The argument that in spite of having #ChatGPTGOD, we humans should still be prepared for a time when there isn’t one is like saying “In spite of us having a car we should still have a horse cart for backup.”

Point 10: Most parents won’t understand #ChatGPTGOD because they themselves are outdated and teachers and educational systems will reject it due to an existential crisis and loss of identity.

Point 11: It is up to only smart young people to understand #ChatGPTGOD and embrace it and throw out anyone who comes in their way, whether it’s their parents or their teachers.

Point 12: The points raised here about #ChatGPTGOD might not have answer all the questions that are being asked about it, but what’s important is to accept that our education system is flawed and only then a debate is possible.

Point 13: #ChatGPTGOD is a wakeup call to all students out there. Unless you challenge and destroy the memory-based education system, you will all become even more outdated than your parents and teachers.

Point 14: The purpose of education all these years was to develop logic and reasoning. After the advent of #ChatGPTGOD we need to change radically the very concept of education, instead of turning children into morons.

Point 15: Google gives us numerous sources of knowledge and information. But #ChatGPTGOD provides us precise answers for both creative or calculative questions. Education from now on should start from where #ChatGPTGOD ends. There ends the need of humans to master any and every subject, for a GOD called ChatGPT is here to take care of that.

Point 17. In effect we as individual beings can no longer have any uniqueness and so our individuality ceases to exist — killed by #ChatGPTGOD!

Point 18. All this is just the beginning. #ChatGPTGOD is still in its infancy and hence prone to making mistakes, but as it grows up, it is going to turn into Godzilla and metaphorically speaking, we humans will become smaller than ants.

Point 19: And also #ChatGPTGOD will just be one of the many AI tools that are going to invade us shortly — and we won’t have breathing time before we get decimated.

Point 20: Now is the time for everyone to accept the fact that no one but #ChatGPTGOD can teach anybody and it’s wise for those who run schools and colleges to turn them into godowns and marriage halls, and if they can’t decide what to do, they can ask ChatGPT.

(Ram Gopal Varma is the celebrated director of ‘Rangeela’, ‘Satya’ and ‘Company’)

What exactly is ChatGPT? Is it the tech world’s new Frankenstein?

UP: Woman raped by ex-fiancee who also filmed the act, FIR…