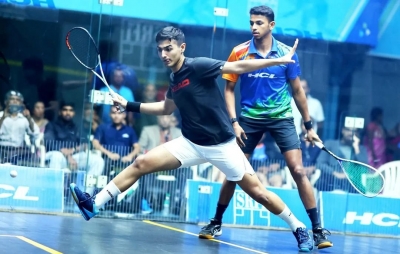 Both events are part of the HCL Squash Podium Program that aims to provide Indian players an opportunity to compete against the world’s best on their home turf and gain international ranking points. Also, the multi-pronged program is working towards improving the squash ecosystem in India.

As many as 56 players from 12 countries will participate in the HCL SRFI Indian Tour and to compete for a cash prize of USD 6000 each in the men’s and women’s categories.

On the other hand, over 290 players from India, USA, Malaysia, Sri Lanka, England and Singapore will participate in HCL 12th Indian Junior Open.

The junior event will have age groups of U-11, U-13, U-15, U-17, and U-19. Four junior men and women (including Anahat Singh (IND, Asian Rank #1) participating in this tournament will also be representing India in the Asian Junior Team Championship scheduled on February 8 to 12 in Chennai.

Ozark Final Season Tops The Charts In The First Week,…

Challenges in Treating Stroke Patients During the Pandemic,…

Disha Patani Was Once Trolled For Posting A Super-Hot…