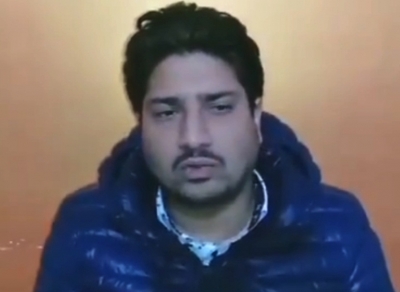 Hasan had won from Kairana in the 2022 assembly polls while contesting from jail. He was arrested just before the polls after several criminal cases were lodged against him.

While granting him the bail, Justice Krishan Pahal said that Hasan would not intimidate the witness and would cooperate with police in the investigation.

Hasan was arrested on January 15 and is lodged in Chitrakoot jail for the past two months.

Out of 18 cases lodged against him, he has already got bail in 17 from lower courts and for the one lodged under the Gangster Act, he approached the High Court, which granted him the bail on Wednesday.

According to Hasan’s counsel, Imran Ulla, he would now be released on bail, as he is already on bail in all other criminal cases pending against him.

Imran said Hasan had pleaded in his petition that had got bail in all the criminal cases lodged against him and all other co-accused had already been released on bail.

Imran told the court that the Supreme Court had recently granted bail to Hasan in a criminal case considering his ailment.

The government’s counsel opposed the bail saying Hasan had been booked under the Gangster Act and hence he was not entitled for bail.

A case under the Gangster Act was registered against Hasan, his mother Tabassum Begum, and 40 others in February 2021.

He was arrested on January 15 lodged in Muzaffarnagar jail. Later, he was transferred to Chitrakoot jail.

‘Anna’ will inspire people to have pure…

Why Apple’s Tim Cook has not cut workforce amid mass…

Kareena to be Anita Dongre’s showstopper at LFW finale

SAI to shut down training centres amid rise in Covid cases;…