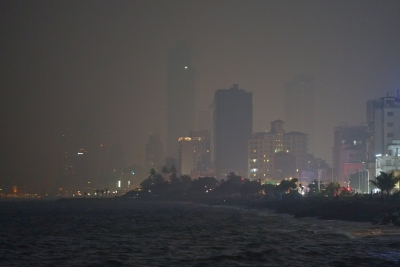 <br>schools due to ongoing weather conditions as many parts of the country are experiencing heavy smog said to have spread from India.

The ministry has declared Friday a holiday for all government and government-approved private schools, taking the prevailing adverse weather conditions into account.

The decision to close schools had been reached following advice by the Department of Meteorology and the Disaster Management Centre.

From Thursday morning, capital Colombo and many cities of Sri Lanka experienced foggy conditions as a result of dropping air quality. The National Building Research Organisation (NBRO) warned that due to the increase in dust particles in the atmosphere, it has created an extremely unhealthy situation.

The heavy influx of dust particles contaminating Sri Lanka’s air space through strong winds from India is a major cause for this condition, NBRO’s Director, Environment, Sarath Padmasiri told media.

According to the NBRO, the air quality of cities around the country including Colombo, Jaffna, Kandy, Vavunia, Trincomalee, Ratnapura and Putlam had dropped.

Colombo was the most affected with the US Air Quality Index (AQI) marked at 246. Many other cities including Kurunegala, Jaffna, Vavuniya, Kandy, Trincomalee registered over 200 in the AQI. However, Padmasiri said that the situation could return to normal within a day or two.

Environment Secretary Dr. Anil Jasinghe said that the situation is beyond the control of Sri Lanka as the contaminated air was coming away from another country. “This is a situation that should be handled internationally,” he said. He also cautioned that children, pregnant, elders and those who are suffering from respiratory related ailments and cardiovascular disease to stay at home and avoid public places.

“This situation could even to lead to deaths,” he warned.

Akshay Kumar To Star In The Hindi Remake Of Critically…