Shazam! Fury Of The Gods, Aquaman And The Lost Kingdom, Barbie & Nun 2 – Theatrical Line-Up Of Warner Bros. Pictures In 2023 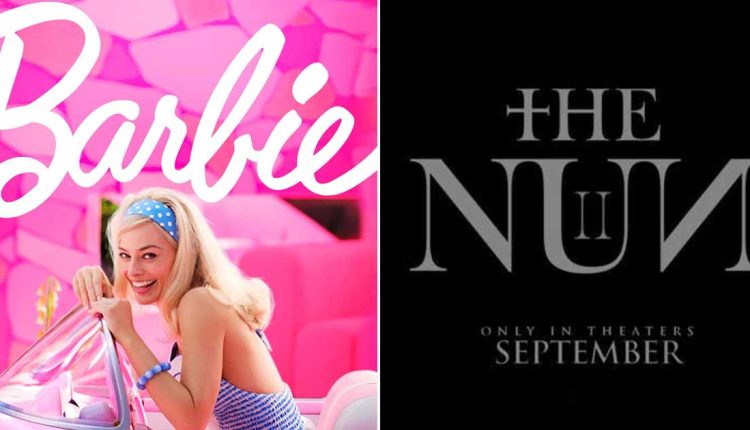 A Warner Bros. Pictures are all with a gamut of big films including four DC titles, ‘Barbie’ and ‘Nun 2’ among many others for the silver screen.

With the slate, Warner Bros. Pictures has the highest number of theatrical releases in 2023.

Four DC Titles to release in 2023 include ‘Shazam! Fury of the Gods’ starring Zachary Levi on March 17, ‘The Flash’ starring Ezra Miller on June 16, ‘Blue Beetle’ starring Xolo Mariduena on August 18 and ‘Aquaman and the Lost Kingdom’ starring Jason Momoa on December 21.

Sam Smith Reacts To Being Like Adele In Drag, Says “We’ve Never Been In The Same Room”

‘Creed III’ starring Michael B. Jordan will be released on March 3. ‘Evil Dead Rise’, the fifth installment in the horror franchise, will release on April 21.

‘Barbie’, starring Margot Robbie and Ryan Gosling, will be released on July 21. ‘Meg 2: The Trench’ will hit the screens on August 4. The film stars Jason Statham.

‘The Nun 2’, the latest entry in ‘The Conjuring’ Universe, will be released on September 8.

‘Wonka’, a new origin tale starring Timothee Chalamet, will be hitting the screens on December 15.

DreamWorks Animation’s ‘Puss in Boots: The Last Wish’, the sequel to the Oscar-nominated blockbuster from the ‘Shrek’ Universe is now in Cinemas.

‘Knock at the Cabin’, a new thriller directed by visionary filmmaker M. Night Shyamalan will release on February 3.

‘Cocaine Bear’, a wild dark comedy inspired by the true story of a drug runner’s plane crash, missing cocaine, and the black bear that ate it, releases on February 23.

On April 7, from Nintendo and Illumination comes ‘The Super Mario Bros. Movie’, a new animated action comedy based on the world of the globally beloved game. The dark comedy Renfield, a modern monster tale of Dracula’s long-suffering assistant, stars Oscar winner Nicholas Cage as The Prince of Darkness and will release on April 14.

Then, on May 19, the saga of one the biggest cinematic action franchises in history continues with Vin Diesel in ‘Fast X’.

On October 14, from the creative team behind the new Halloween trilogy, comes a terrifying new chapter in ‘The Exorcist’ franchise.

DreamWorks Animation’s third installment in its blockbuster animated musical franchise arrives with ‘Trolls Band Together’ on November 17. Finally, on December 29, Illumination takes flight with a funny, feathered family vacation like no other in the action-comedy, ‘Migration’.

Announcing the 2023 release dates, Denzil Dias, VP and Managing Director – India Theatrical, said: “These are films that span across various genres and will showcase films from incredible filmmakers and talent.”

Must Read: When Tom Holland Said Timothee Chalamet Is ‘Double Handsome’ Than Him But Harry Holland Would Lose It To Him & Gave A ‘Brutal’ Reply For Mark Wahlberg

The post Shazam! Fury Of The Gods, Aquaman And The Lost Kingdom, Barbie & Nun 2 – Theatrical Line-Up Of Warner Bros. Pictures In 2023 appeared first on Koimoi.

Chose Archer to bowl super over because he can deliver under…

The Rajan behind the unscheduled rate cut

Will fight attempts of Centre to target my father through…