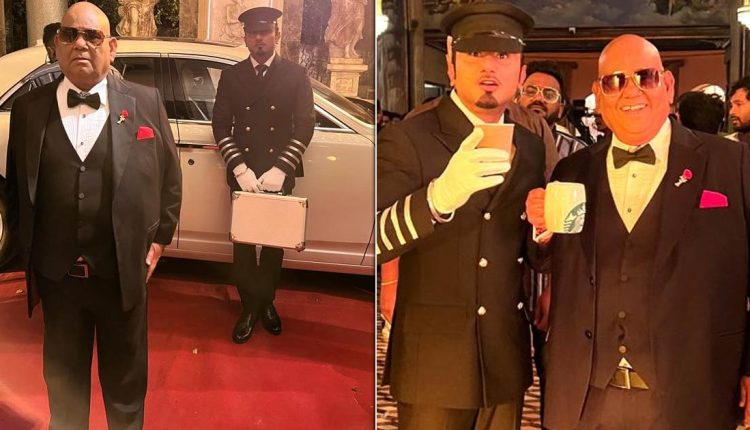 Satish Kaushik: Honey Singh is back with a bang with ‘Jaam’!

It wouldn’t have been easy for the popular rapper-singer Yo Yo Honey Singh to convince a seasoned actor like Satish Kaushik to feature in his music video ‘Jaam’ launched recently. Also, rarely have we seen the veteran actor-director-producer featuring in a dance number.

Shedding more light on his decision to feature in Honey Singh’s song ‘Jaam’, Satish Kaushik informs, “It is my first song with the superstar singer, who is back with a bang! Honey narrated the story of the song to me which was quite interesting. When I heard the song, I found it to be very catchy and immediately agreed to be a part of it”.

“Honey requested me to play the role of a rich businessman who is full of swag and money. He walks into a Casino with a bag full of money and at the end of the song, he loses it all. During the beginning of the song, my character comes out of an SUV (sitting behind) but by the end of it, he becomes bankrupt and drives the same car, he arrived in. I loved this narrative. We shot the entire song in one night and it was a lovely experience to shoot the song,” the thespian adds.

Subhash Ghai Reveals He Limited Aishwarya Rai Bachchan’s Use Of Make-Up In ‘Taal’: “I Request My Heroines To Limit Their Use Of Make-Up…”

Must Read: Rishab Shetty Refuses To Work In Hindi Film Industry After Kantara’s Box Office Success, Says “If Audiences From The Hindi Belt…”

The post Satish Kaushik Finds Honey Singh’s Jaam ‘Quite Interesting’, Adds ” When I Heard The Song…” appeared first on Koimoi.

Two Indian Students Die by Drowning in Lake in Missouri