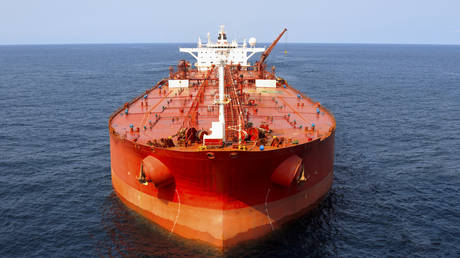 The total daily volume of crude shipped from Russia rebounded to 2.89 million barrels in the seven days to November 25, with the EU’s price cap deadline approaching, Bloomberg reported on Monday.

According to the report, the volume of crude on vessels heading to China, India, and Turkey, plus the quantities on ships that are yet to show a final destination, rose again to a new high of 2.5 million barrels a day in the four weeks to November 25. That’s three-and-a-half times higher than the volume shipped in the four weeks immediately prior to the launch of Russia’s military operation in Ukraine in late February.

Tankers hauling Russian crude are becoming “more cagey about their final destinations,” Bloomberg reports. The volume of crude on vessels leaving the Baltic and showing their next destination at Port Said or the Suez Canal reportedly jumped to almost 650,000 barrels a day. “It remains likely that most of these vessels will begin to signal Indian ports once they pass through the canal,” the media outlet said.

According to Bloomberg, the total volume of crude expected to end up in Asia hit 2.3 million barrels a day on a four-week rolling average basis, including 115,000 barrels a day on tankers “whose point of discharge is unclear.” The combined figure set a new high for the year so far, the media outlet reports.

The report comes as EU nations struggle to decide on the price cap level for Russian crude, with the measure coming into effect on December 5.

“Should the politicians fail, which remains an outside possibility, EU companies will no longer be able to provide insurance and other services to ships carrying Russian crude and seaborne imports to the bloc will cease,” Bloomberg wrote. “If they succeed, European countries will still halt purchases from Russia, but companies will be permitted to carry Russian crude in European ships and to provide insurance and services as long as the cargo was purchased at a price below the cap.”

Moscow has already threatened to ban crude supply to countries that participate in the price cap scheme. “That could hit seaborne flows to Bulgaria and possibly pipeline deliveries to Hungary, Slovakia and the Czech Republic, all of which have received exemptions from the EU’s import ban,” the report said.

Rajinikanth on ‘Petta’: It’s an…

Partha Chatterjee’s life could have been different had…

Worst of economic shock over for Russia – official