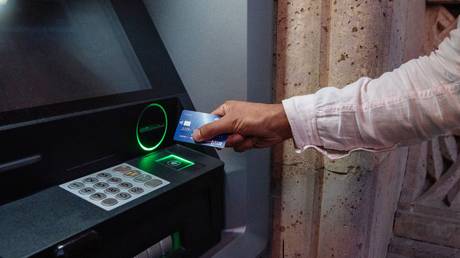 Such a move could help cut dependence on Western financial infrastructure, Izvestia reports

The Eurasian Economic Union (EEU) is interested in setting up a common payment system with BRICS nations, the newspaper Izvestia reported on Monday. The Russia-led free trade bloc aims to cut reliance on the Western monetary system.

The EEU was founded as the Customs Union of Russia, Kazakhstan, and Belarus. It was established in 2015, and was later joined by Armenia and Kyrgyzstan. In 2016, Vietnam became a free trade partner with the EEU. The union is designed to ensure the free movement of goods, services, capital and workers between member countries.

According to the report, citing the EEU’s regulatory body, the plan also envisages the issuance of a single payment card within the two trade blocs. That would unite the national payment systems of its member states, including Russia’s Mir, China’s Union Pay, India’s RuPay, Brasil’s Elo and others.

Vladimir Kovalyov, an adviser to the chairman of the Eurasian Economic Commission, said the EEU is currently focused on establishing a joint financial market, with priority on developing a common “exchange space.”

“We’ve made substantial progress and now the work is focused on such sectors as banking, insurance and the stock market,” Kovalyov was quoted as saying by Izvestia.

According to the official, a regulatory body for the proposed joint financial system of the EEU and BRICS would also be established as part of the new infrastructure.

The EEU, which brings together countries in the post-Soviet space, has been increasingly looking for ways to deepen cooperation with the BRICS group of emerging economies. That bloc consists of Brazil, Russia, India, China, and South Africa, accounting for more than 40% of the world’s population and nearly a quarter of global GDP. Efforts have already been made among some BRICS members to trade in local currencies in order to reduce dependence on the US dollar and euro.

The Eurasian Economic Union has offered to set up a joint payment system with BRICS, media report Read Full Article at RT.com

Stormy winds in TN, Puducherry; IMD warns fishermen not to venture into sea

China sceptical over fresh WHO inquiry

Had to unlearn for my new web series: Sujoy Ghosh

The dressing room atmosphere is very calm under Rohit Sharma…