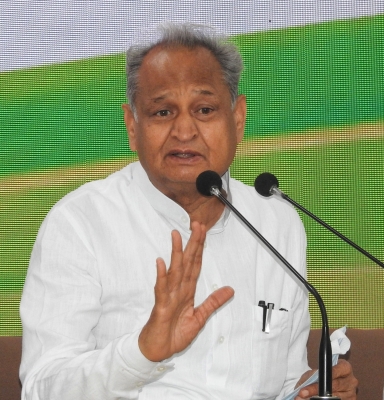 The interceptors, equipped with digital technology, are capable of measuring the speed even at night and note down the number plates of the vehicles.

These vehicles will play an important role in road safety and will prove effective in preventing road accidents.

The state government has provided these interceptors to Rajasthan Police at a cost of Rs 5 crore from the Road Safety Fund, said officials.

The Chief Minister said that the state government is committed to preventing road accidents.

Financial approvals are being given for public awareness campaigns and to procure ultramodern equipment for police and concerned departments.

He said that every year, thousands of people die in road accidents in the country.

“The families of those who die in road accidents have to suffer a lot and their children are orphaned. In such a situation, considering that every life is precious, it is the top priority of the state government to prevent road accidents,” the Chief Minister said.

Having an ability to measure the speed from a distance of 1 km, Additional Director General of Police V.K. Singh said that these interceptors will ensure contactless and cashless enforcement.

They are equipped with a high-definition camera along with a speed laser gun to measure the speed of vehicles from a distance of 1 km.

The interceptors can identify the number plate from a distance of 250 metres during the daytime and a distance of 100 metres at night.

Besides, the vehicle is capable of issuing an e-challan by taking a photo-video with artificial intelligence.

First aid and medical kits are also available in these vehicles.

Namik will do Hindu mythology shows on one condition