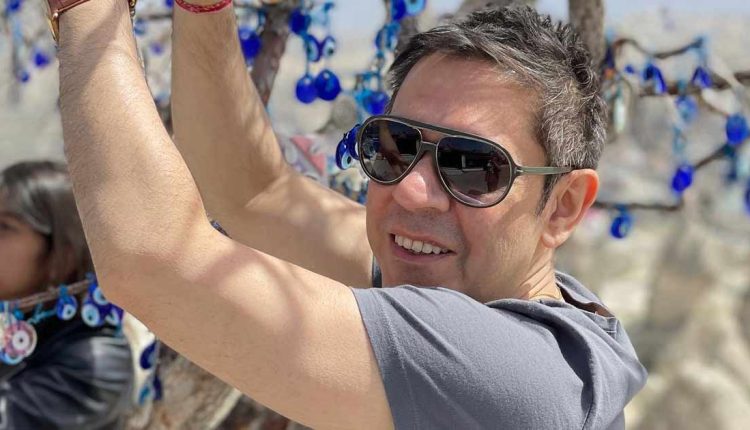 Countering the notion gaining ground that people are no longer showing up at cinema theatres, Sanjeev Kumar Bijli, Joint Managing Director, PVR Limited, says the business has regained 75-80 per cent of the pre-pandemic footfalls.

Bijli was speaking with IANS on the occasion of PVR Cinemas reaching the milestone of 900 screens in 78 cities in a corporate journey that spans 25 years. He admitted that “the last three quarters have been a bit confusing for Bollywood films”, but the overall picture has “not been dismal at all”.

Compared to the two pandemic-hit years when cinemas were shut and exhibitors feared people wouldn’t ever return for the big-screen experience, Bijli said, “getting people out of the house and into the cinemas was no small achievement”.

‘Pathaan’ Shah Rukh Khan Beats Tom Cruise, Next Is Dwayne Johnson! World’s Richest Actors’ List Has Him As The Only Indian (#4) Creating History
Bhool Bhulaiyaa 3 To Return With Kartik Aaryan & Akshay Kumar Would Still Be Missing? Makers Say “The Expectations Are Sky-High…”

Looking ahead, he said people would come back in greater numbers because they have shopped, socialised and travelled enough, and made up for the time and opportunities they lost during the pandemic. “They have exhausted all other forms of socialisation. They are now coming back for fab films,” Bijli said.

“It’s also happening in the US. The audiences are coming back,” he added, giving the examples of the footfalls for the horror movie ‘M3GAN’, the Tom Hanks-starrer ‘A Man Called Otto’ and Brendan Fraser’s comeback film, ‘The Whale’, apart from the stupendous success of ‘Avatar: The Way of Water‘.

Bijli, however, had a caveat to add for the Hindi film industry. He said people “do not have the patience anymore to watch something below average”. The audience today is looking for “big-screen extravaganzas” backed by good content. He gave the examples of the box-office successes of ‘Gangubai Kathiawadi’, ‘Brahmastra’, ‘Kantara’ and ‘Ponniyin Selvan-1’ — all lavishly mounted films with strong storylines.

“These are the films that resonate with audiences,” Bijli said, adding that it is this realignment of preferences that has made ‘Avatar: The Way of Water’ one of the top grossers in India (its box office collections till date have added up to Rs 454 crore — and counting!).

Talking about the evolving multiplex experience in the light of PVR Cinemas opening three new multiplexes with 19 screens on one day — January 9 — in Bengaluru, Gurugram and Jaipur, he said the cinema business was “fortunate to have so much R&D going on”, throwing up “so many new technologies to entice the customer”.

He recalled that he was at a trade show in June 2022 when he was exposed to a new technology named ICE (Immersive Cinema Experience) developed by a French company and by December, it was up and running in some of the PVR cinemas just in time for ‘Avatar’. “There is no plain vanilla multiplex anymore,” Bijli said. “Every cinema offers one or two unique hooks.” And these include top-of-the-line new screen formats, laser projectors, Dolby audio and 3D technology.

And while on the subject of the new multiplex experience, Bijli noted that it includes “innovative” food and beverage offerings that go beyond the regular popcorn and colas. “With the industry producing long three-hour movies, audiences do end up feeling peckish,” he said, adding that 30 per cent of the revenues of PVR Cinemas comes from food and beverage.

This information invariably brought up the sensitive issue of unreasonably priced food items in multiplexes — a point that was made most recently by Bollywood star Jackie Shroff during an interaction in Mumbai with UP Chief Minister Yogi Adityanath. Bijli, predictably, did not agree with the view that multiplexes had priced out the mass customer and hence the drop in footfalls. “Consumers will never be satisfied by the price points of any leisure activity. We always want the best bargains,” he said.

And he concluded by emphasising: “People have evolved, the economy has evolved. They will pay for quality. Give them a good product and they’ll come irrespective of the prices.”

Must Read:  Hrithik Roshan Might Remarry In 2023 Officiating His Relationship With Saba Azad, Sussanne Khan To Attend As Well? [Reports]

The post PVR Cinemas Joint Managing Director Sanjeev Kumar Bijli On Reaching A Milestone Of 900 Screens In 78 Cities “Getting People Out Of The House…” appeared first on Koimoi.

Varisu: Vijay Charges 100+ Crore, 25 Times More Than What Rashmika Mandanna Is Getting Leaving Many Bollywood, South Biggies Behind!

Watch: State minister in Pakistan cuts ribbon with his teeth…

From Playing U-19 With Shikhar Dhawan To Singing, Hardy’s…

Twinkle Khanna: I stand by a secular, democratic India