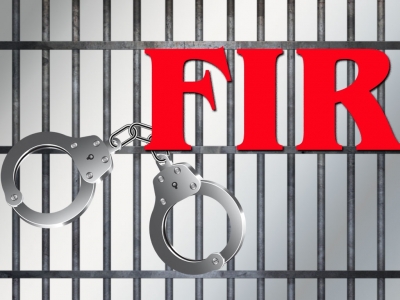 The FIR was registered in Rupaspur police station under the relevant sections of the Indian Penal Code and the Information Technology Act following direction of a Danapur court, Rupaspur SHO Chandra Bhanu Kumar said.

The victim has been called to the police station to register her statement. During preliminary investigation, the Patna police found that Hans and Yadav were present with the victim in a hotel in New Delhi.

As per the claim of victim, she alleged that Yadav and Hans gang raped her in 2021. Yadav promised her to make a member of the National Commission for Women and asked her to meet him in his flat in Rukunpura locality in Patna, where he raped her.

The victim further alleged that he made the video of rape and blackmailed her.

“He blackmailed me and forced to meet in a hotel in New Delhi. When I went there, Hans was also present in the hotel room. They have served cold drink laced with sedatives and gang-raped me. They have made videos and blackmailed me several times,” the victim claimed in her statement.

Her lawyer Ranjan Kumar Verma said: “The victim further claimed that she went to the police station in Patna and filed a complaint but an FIR was not registered. Eventually she went to Danapur court which directed Patna police to submit a primary investigation report. As Patna police did not present the investigation report, the case was dismissed. Then the victim reached Patna High Court in December 2022 and filed a case. Patna high court directed the Additional Chief Judicial Magistrate (ACJM) to admit the case.”

“Due to the repeated rape, the victim became pregnant and she also gave the birth of a child. The victim claimed that the baby’s father is Sanjiv Hans. Hence, we have demanded a DNA test of Sanjiv Hans to establish that he is the father of the child,” Verma said.