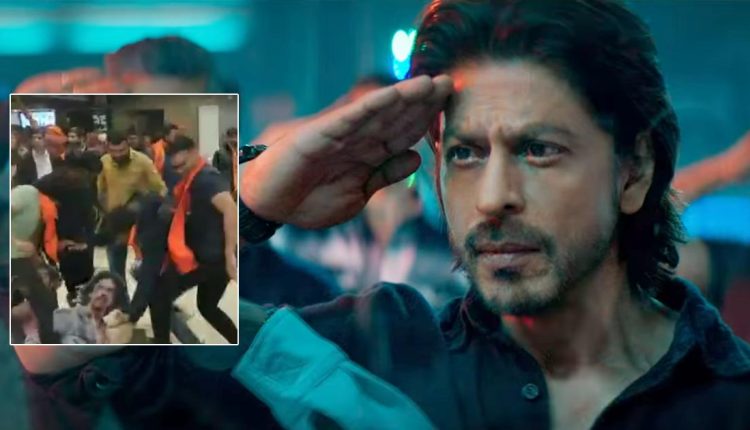 Pathaan trailer was released this morning & Shah Rukh Khan fans are having a field day on Twitter as they can’t stop praising it waiting for 25th January with bated breath. Do you remember, a couple of days back some people stooped to their lowest to burn the film’s posters and protest against the colour of Deepika Padukone’s bikini in Besharam Rang. But, where are they today?

Pathaan controversy was one of the most read topics in the last month but was it limited till its trailer release or we’ll see people stooping lower than they already have even after the film releases?

For those living under the rock, let’s explain to you what’s happening here. A few people got offended by Deepika Padukone donning a Saffron coloured bikini in Pathaan’s Besharam Rang and protested asking makers to either change the colour or remove those portions.

This led to a snowball effect with more people digging more things against Shah Rukh Khan & the team asking for the boycott of the film as they do for every other ‘Bollywood’ film these days. But, with the Pathaan trailer release, the response on social media has been leaning towards the positive side.

Barring its VFX, people seem to love the massy route YRF has taken for SRK‘s comeback. One important question to ask in this is: Where’s the controversy? Has it really hampered the film’s buzz or indirectly helped it to reach more people?

“Any publicity is good publicity!” is what the age-old Entertainment industry saying goes like but has it proven true in the case of Shah Rukh Khan’s Pathaan as well? Has the con troversy worked in the film’s favour more than it has worked against it?

The film’s opening day at the box office is currently guaranteeing great numbers (for a more detailed report, wait for the trailer’s impact on its box office day 1 article releasing tomorrow), the content will guarantee a lifetime but the controversy as of now doesn’t really seem to have any impact on any of its box office numbers. What do you guys think? Will you watch Pathaan in theatres despite whatever the controversy is? Has it boosted the buzz or hampered it?

Gauahar and I aren’t in a relationship: Harshvardhan

Bajwa slams US for drone strike in Pakistan