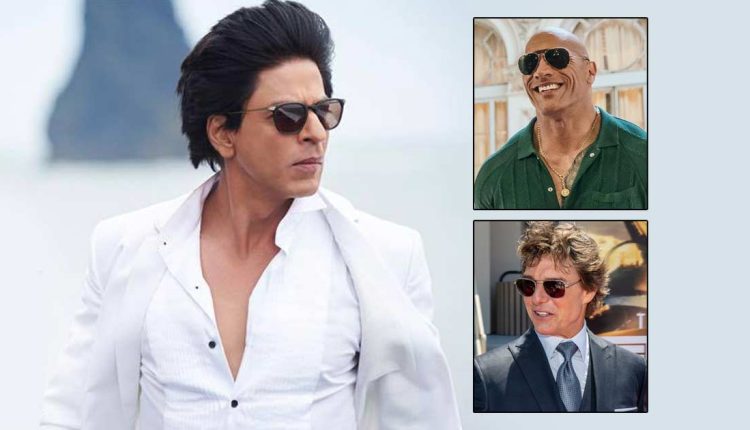 While Shah Rukh Khan is currently trending for the trailer of his upcoming film ‘Pathaan’, we bring yet another exciting news for his fans. The actor reportedly beats Tom Cruise and has become the 4th world’s richest actor despite not doing any films in the last few years. And not to forget, SRK is the only Indian actor to make it to the list and he’ll soon be beating Dwayne Johnson as the difference between the income isn’t very high. Scroll below to read the scoop.

Krrish 4 Is Definitely A Priority But Currently Facing A ‘Technical’ Roadblock, Shares Hrithik Roshan: “We Should All Send Out A Little Prayer”

Also, if you would notice he’s only $30 million behind Dwayne Johnson which would ideally sound A LOT to many but for King Khan making a comeback after 4 years, this won’t seem like a huge difference to cross.

A Reddit page named Bolly Blinds N Gossip also shared the screenshot of the list on the site and a user reacted to this and commented, “To everyone wondering why, it’s because of his investment in KKR and the monstrous rise in the valuation of the IPL and it’s teams.”

What are your thoughts on Shah Rukh Khan beating Tom Cruise in the World’s Richest Actors’ list? Tell us in the comments below.

Must Read: Bhool Bhulaiyaa 3 To Return With Kartik Aaryan & Akshay Kumar Would Still Be Missing? Makers Say “The Expectations Are Sky-High…”

The post ‘Pathaan’ Shah Rukh Khan Beats Tom Cruise, Next Is Dwayne Johnson! World’s Richest Actors’ List Has Him As The Only Indian (#4) Creating History appeared first on Koimoi.