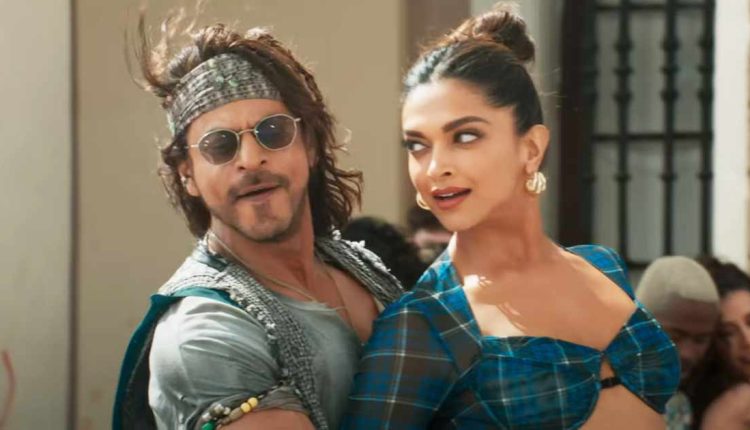 Pathaan day is just a few hours away and the spoilers are ruining many viewers’ experiences already. Nope, this post doesn’t contain any spoilers but it surely contains some important information that you won’t want to miss. Shah Rukh Khan fans, here’s something you need to know before trusting anything that’s out there.

Before the release of any festive release, there’s this brouhaha about how the film has leaked on the infamous torrent sites. This surely doesn’t give any confidence to the filmmakers owing to the number of effort they’ve put into creating a particular product for years.

A similar thing has been happening with Shah Rukh Khan‘s Pathaan. A recent report stated that the film has been leaked on Torrent along with some spoilers. As always, Koimoi went a step further to check if there was any truth to the news.

When Sanjay Dutt Was Willed A 72 Crore Property By A Female Fan After Her Death, He Reacted “We’re Used To Fans Naming Their Children…”
Uorfi Javed Complaints “Muslim Owners Don’t Want To Rent Me House…” Owing To Her Fashion Style & Hindu Owners Do The Same Because Of Her Religion

First of all, addressing the spoilers (without discussing anything about them) which are doing rounds with the news of the Pathaan full movie leaked. Those are from the British Board of Film Classification’s clarification of giving the film a censor rating of 12A. The folks down at BBFC have discussed many things which should’ve been kept under wraps to justify their rating.

Hence, the spoilers are coming from that and there’s nothing leaked on any Torrent websites as of now. Shah Rukh Khan fans, you’d still be able to see the film unspoiled tomorrow but make sure to stay off the internet meanwhile.

Apart from this, we yesterday reported how the Pathaan box office is going to be nothing but hysteria loading. The advance booking number for Shah Rukh Khan, Deepika Padukone starrer is so huge that many films struggle to even clock it even during its lifetime at the box office. Even before the release, it’s expected for the film to cross the ballpark of 55-60 crore for the first weekend’s gross collection countrywide.

For the Pathaan movie review, stick to this space as we cover the 6 am show on the first day i.e. 25th January.

Must Read: Koimoi Audience Poll 2022: Rashmika Mandanna From Goodbye To Babil Khan From Qala – Vote For The Best Debut (Films)

Erdogan comments on tanks for Ukraine

US drone maker offers Kiev $1 deal, with a catch