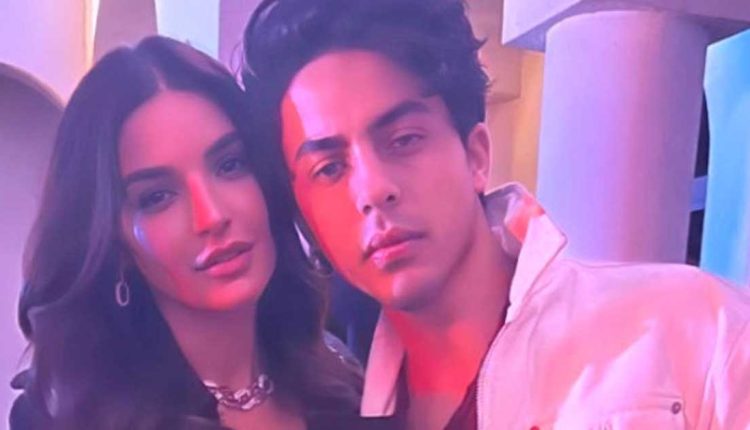 Shah Rukh Khan is in the news for his upcoming film Pathaan and his son, on the other hand, is making the headlines for his dating rumours. A few days back, Aryan Khan was linked with Bollywood’s current dancing diva Nora Fatehi. After that, he was also spotted with Pakistani actress and model Sadia Khan, which once again created rumours about her and the star-kid dating. KRK, the self-claimed film critic and analyst, was one of those who said made a shocking claim that he is dating Sadia and not Nora.

For the unversed, Aryan and Sadia were spotted partying in Dubai on New Year’s Eve, which started all these dating rumours. Now, the actress, in an interview, opened up about the truth of her relationship with Shah Rukh’s son.

Sadia Khan, in an interview with City Times, rubbished all the rumours of her and Aryan Khan dating. She said, “It is very strange how people are making up stories about myself and Aryan without knowing the full picture. There needs to be a limit to all that goes around in the name of news.” The actress also added, “This doesn’t mean that we are dating. I am not the only one who took a picture with Aryan either; there were a few other people who clicked pictures, and they also uploaded them, but somehow I am the one whose picture is floating around.”

Bhool Bhulaiyaa 3 To Return With Kartik Aaryan & Akshay Kumar Would Still Be Missing? Makers Say “The Expectations Are Sky-High…”

Sadia Khan also went on to say a few words in praise of Aryan Khan, as she said, “I would say that Aryan is a very sweet and an extremely well-mannered boy. So, please stop all these baseless rumours about us. Love and respect.”

On the professional front, Aryan Khan recently launched his Vodka brand and is all set to start his career in the film industry as a filmmaker.

For more news and updates stay tuned to Koimoi!

Must Read: Aryan Khan Goes All Dapper At The Airport, A Netizen Reacts, “He Is Dating Nora Fatehi, Saw Them Kissing In Dubai, Regretting Of Not Taking Pictures…”

The post Pakistani Actress Sadia Khan Finally Reacts To Dating Shah Rukh Khan’s Son Aryan Khan, Says “I’m Not The Only One Who Took A Picture…” appeared first on Koimoi.

Brad Pitt Reveals His Favourite S*x Scene & It’s Not With Angelina Jolie But With Ex-GF Shalane Mccall: “Was Just Rolling And Frolicking”

Priyanka Chopra Jonas Starrer ‘Love Again’ Trailer Gets A Release Date, Announcing It She Writes “Let’s Make A Plan For…

The Whale Actor Brendan Fraser Slams Golden Globes Calling It Hood Ornaments: “I Don’t Want It, I Didn’t Ask To Be…

Defeat to Netherlands the worst of my coaching career: South…

Delhi police sub-inspector tweets about abuse by her…