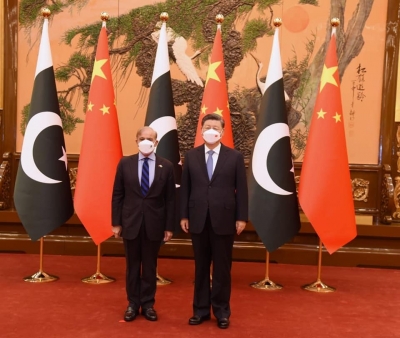 Islamabad, Nov 5 (IANS) Pakistan has got assurances of a $13 billion financial package from China and Saudi Arabia, including $5.7 billion in fresh loans that would help stabilise the reserves and the rupee, Finance Minister Ishaq Dar said in a statement.

The $13 billion package is equal to 38 per cent of the estimated gross external financing requirements of Pakistan for fiscal year 2022-23, The Express Tribune reported.

Its materialisation can eliminate the threat of default, as the International Monetary Fund (IMF) has not come up with a big financial package despite imposing numerous harsh conditions.

Pakistan sought $7.3 billion debt rollover and a fresh loan of $1.5 billion from China, which the Chinese premier had assured to take care of, Dar told a group of journalists a day after his return from Beijing.

The cumulative loan that Pakistan has sought from China amounts to $8.8 billion.

Dar disclosed that he also requested his Saudi counterpart for a $4.2 billion in fresh loan.

The cumulative value of the Chinese and Saudi financial assistance would cover 38 per cent of Pakistan’s estimated gross external financing requirements, The Express Tribune reported.

The injection is expected to recoup the lost value of the rupee.

Dar said that the real inflation-adjusted value of the rupee was below 200 PKR to a dollar, hoping to see a stronger value of the local currency without any injection.

Johnny Depp is no longer dating his lawyer Joelle Rich

Mohit Suri gives credit to wife for his success