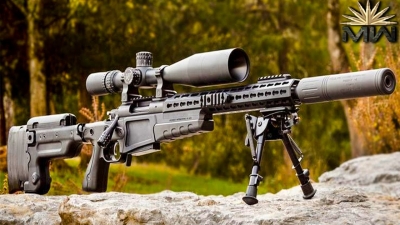 Karachi, Jan 25 (IANS) The police in Pakistans Sindh, currently engaged in an armed operation against dacoits hiding in the riverine areas of the province, have summoned 10 snipers who had been trained by American snipers, as they look to step up the efforts to purge the dacoits and recover the captives, media reports said.

SSP Tanvir told the media that dacoits used to honey-trap victims and lure them to the riverine areas before abducting them, Samaa TV reported.

“It is a war of resources,” Tanvir said, adding, “The dacoits are armed with modern and foreign weapons.”

He added that to even the scales, they have sought help from America trained snipers, Samaa TV reported.

They will join the police operation, which has already seen the deployment of armored personnel carriers and other heavy weapons.

The police official added that so far, they have managed to recover 20 captives. They believe nine more people are being held by the dacoits.

The dacoits are active in the riverine area between Guddu to Sukkur Barrage.

It is pertinent to note that last year in November, a deputy superintendent of police, two station house officers (SHOs), and two constables were killed while three others were injured due to an attack by at least 150 dacoits on a police camp in the riverine area of Ghotki district, Samaa TV reported.

The riverine area where the incident took place was known as Raunti, where the police had set up a camp after entering the area to recover three hostages who were kidnapped on October 30.

Japanese Buddhists back selection of next Dalai Lama by Tibetans, not China

Abortions on decline in Russia – minister

Different types of shirts that can help men create a lasting…