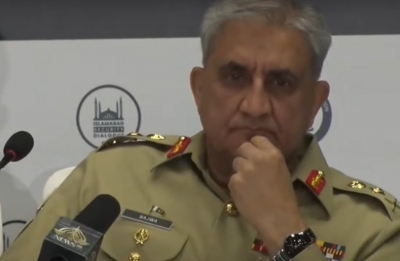 “There is evidence against Shahid Aslam, which shows that the suspect was leaking information,” said the prosecutor.

Meanwhile, the suspect denied all the charges against him, saying that there is no evidence against him as he has done nothing wrong, The News reported.

Aslam said that he has been covering FBR stories for a long time.

“I am a journalist and I know my professional duties,” he added.

The prosecutor questioned why Aslam was not providing the password for his laptop. The judge remarked that it was not wrong to get information as a journalist.

At this, the prosecutor said that the suspects involved in leaking FBR information have repeatedly named Aslam. In response, Aslam’s counsel said the court should determine whether Aslam was arrested through a proper procedure, The News reported.

“Can the statements provided by the suspects – arrested earlier in connection with the leak – be authentic,” questioned the counsel.

He said it was not right to arrest Aslam on the basis of the mere statements of suspects, adding that he has been under arrest for the last 24 hours.

The lawyer asked the court to discharge the case against the journalist.

After hearing the arguments from both sides, the judge sent the journalist to two-day physical remand.

“This is clearly a violation of the complete confidentiality of tax information that the law provides,” a statement from the Finance Division read.

A day later, Dar shared that he has received the interim report related to the leak of Gen (retd) Bajwa’s income tax records, adding that they have traced some people involved in the act.

The finance czar shared that one person involved in the leak is from Lahore and another from Rawalpindi.

However, he added that there is a possibility that some of the individuals involved may have the authorisation to look at the income tax records as there is a “circle” in Rawalpindi where assessments take place, The News reported.

‘A Telugu film from south of India’: Rajamouli educates US journos about ‘RRR’

Whatever Virat Kohli touched on final day of Oval Test…

Marnus Labuschagne ‘by no means’ wants to…