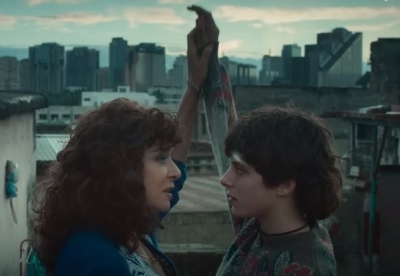 Los Angeles, Nov 8 (IANS) The novel ‘The Lying Life of Adults’ by Elena Ferrante has been adapted into a six-episode series. The trailer of the streaming show was unveiled on Tuesday by Netflix, which has set its premiere date as January 4, 2023.

The Ferrante’s book depicts Giovanna’s transition from childhood to adolescence during the 1990s in a Naples that is actually two kindred cities that fear and loathe one another: the upper-crust Naples of the high quarters, hiding behind the the mask of refinement, and the Naples of its more vulgar and exciting low quarters, where her intriguing aunt Vittoria lives.

According to Variety, Giovanna vacillates between these two sides of the city, neither one offering answers or escaping. Alessandro Preziosi plays Giovanna’s father, Andrea, while Pina Turco plays her mother, Nella.

Speaking about ‘Lying Life’ at a Netflix slate presentation earlier this year, the streamer’s VP of Italian original series Eleonora Andreatta noted that it has very different characteristics compared to ‘My Brilliant Friend’, beginning with the 1990s, the time period in which ‘Lying Life’ is set.

Andreatta also underlined that De Angelis, who made an international splash in 2016 with ‘Invisible’, a drama about Neapolitan teenage conjoined twin sisters, has put his distinctively dreamy but grotesque stamp on the show.

De Angelis has co-written the show with Laura Paolucci and Francesco Piccolo – both of whom penned ‘My Brilliant Friend’ – as well as Ferrante herself. The new Ferrante adaptation is being produced for Netflix by Domenico Procacci’s Fandango.