‘Not possible to have HC at doorstep’, SC on Odisha lawyers’ agitation 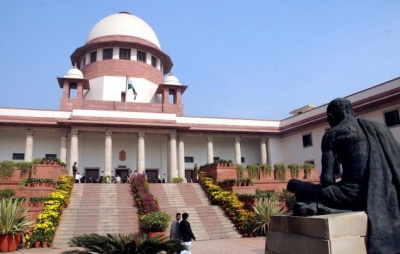 New Delhi, Nov 28 (IANS) The Supreme Court said on Monday that it is not possible to have a high court at doorstep, while expressing discontent over protesting bar association members in Odisha seeking permanent bench of the Orissa High Court in western Odisha.

The top court said that it expects the Bar Council of India (BCI) to take appropriate action, including suspension of licences.

A bench comprising Justices S.K. Kaul and A.S. Oka said, every district wants high court benches? Noting that Odisha is a big state, the bench added that district judiciary can be at doorstep but it is not possible to have a high court at “your doorstep”. “It cannot be done,” said the bench.

One of the demands of protesting lawyers is the establishment of a permanent bench of the Orissa High Court in western Odisha.

In a supplementary affidavit, the High Court’s registrar general said that the agitation and picketing continued in some areas of the state. The top court said that the court work cannot stop and termed the conduct of lawyers as intolerable, which has disrupted the functioning of the district courts.

The bench said, “If leaders of the bar associations in Odisha seek to invite action, we will have to oblige them.”

The bench further added that it expects the BCI to take appropriate action against members of the different bar associations and added that their licences to be suspended at least till the work is resumed.

The top court has scheduled the matter for further hearing on December 12.

On November 14, the Supreme Court had said it could initiate contempt proceedings or suspend licences of the striking members of the bar associations in several districts of Odisha, as it asked them to resume work by November 16.

The top court was hearing the High Court’s registrar general application which contended that abstention of work by members of the bar associations in several districts has seriously hampered the judicial work in the subordinate courts of the state.

‘She is ready to lead on day one’: Biden on…

​​Zoe Kravitz unconcerned by online chatter about her…