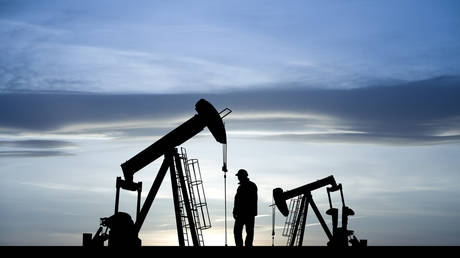 Oslo has introduced a price ceiling of $60 per barrel for crude oil from Russia, the country’s Ministry of Foreign Affairs stated on Thursday. The measure will help to reduce Moscow’s earnings from the sale of crude to third countries, the ministry said.

This corresponds to the price ceiling adopted by the EU and G7 countries, which came into effect this week.

“Norway continues to stand together with the EU and other allies regarding the sanctions against Russia, in order to maintain pressure on the country’s government and supporters,” Foreign Minister Anniken Huitfeldt said in a press release.

Norway, which is not an EU member state, has become the bloc’s largest supplier of natural gas after Russia reduced exports due to sanctions. As a result, the nation’s energy industry has seen record income as prices soar.

The country, however, has refused to support the EU’s gas price cap proposal to shield consumers from increasing bills, arguing this would not solve Europe’s energy problems.

This week, the EU introduced a ban on Russian seaborne crude along with a $60 price cap. The latter measure has received support from G7 nations (Canada, France, Germany, Italy, Japan, the United Kingdom and the United States) and Australia.

Oslo has announced it is backing a $60 per barrel price cap on Russian crude Read Full Article at RT.com

Government should bring bills for UCC, population control to…

Is politics possible with honesty: Cop-turned-politician…

15 Fashion accessories for men who stress more on personal…

Seeman sets targets of one crore votes for NTK in TN