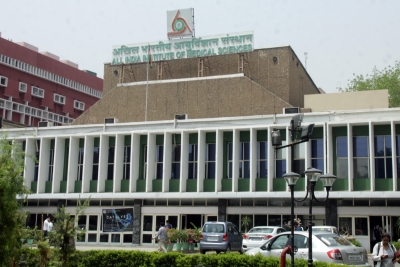 New Delhi, Nov 28 (IANS) After some reports surfaced on Monday evening claiming that hackers have allegedly demanded around Rs 200 cr in cryptocurrency from AIIMS-Delhi, whose server is out of order for six days now, Delhi Police said in a statement that no such demand has been brought to their notice by the AIIMS administration.

“In AIIMS Delhi Computer Incident: No Ransom Demand as being quoted by certain sections of the media has been brought to notice by AIIMS authorities,” Delhi Police said in the statement.

Meanwhile, on restoring normal services, AIIMS said in a statement that data restoration and server cleansing is in progress.

“The data restoration and server cleaning is in progress. It is taking some time due to the volume of data and the large number of servers for the hospital services.

“Measures are being taken for cyber security. All hospital services including, out patient, in patient, laboratories continue to run on manual mode,” the AIIMS statement said.

However, AIIMS did not sasy anything about the ransom demand in the statement.

At 7 am on Wednesday (November 23), the primary and first backup servers of AIIMS were corrupted and it was later found to be a ransomware attack.

‘Not possible to have HC at doorstep’, SC on Odisha lawyers’ agitation

Ranbir Kapoor playing with a baby in THIS video sends…

Inactivity makes you rusty, says Shilpa, as she does yogic…

15 Bollywood celebrities involved in drug use are on NCB…