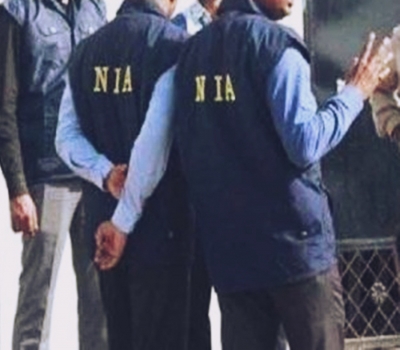 Though there has been no untoward incident in the past two days in the protest area around the upcoming Adani Vizhinjam Port construction area, the team of National Investigation Agency (NIA) officials arrived here.

The officials will talk to the Vizhinjam Police station officials, which was ransacked by the protesters on Sunday.

According to sources, the NIA will probe the involvement of any external influences that support the protesters.

The Latin Catholic church appears to be behind the local protesters who are against the building of the port. In the rampage unleashed by the protesters on Saturday and Sunday, the authorities have estimated a loss of Rs 85 crore and around 35 police officials and several protesters were injured.

Consequent to the rampage, the police have registered cases against 3,000 people which includes the Latin Church bishop, priests among others.

Though this project is visualised as a game changer for not just the Kerala economy, but for the nation as this could well be the mother port.

The protest against this project has entered its 136th day. Kerala Chief Minister Pinarayi Vijayan, however, continues to be silent on the protests, even though he has been batting very hard for the K-Rail project, which has now been shelved following huge protests.

The port project was cleared and work began on it during the fag end of the Oommen Chandy government from 2011-16. When the Ockhi waves hit the port site in 2017, a lot of damage was caused, stalling the work for the time.

A New Era of Flexible Travel

Kylian Mbappe hints at moving away from PSG

Very worried about rise in Covid cases in Maharashtra, says…