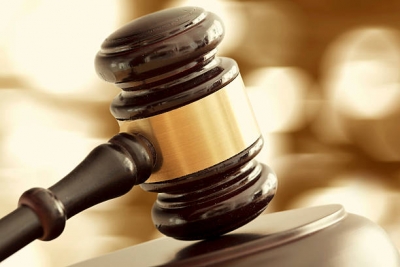 New Delhi, Jan 10 (IANS) A special NIA Court in Ernakulam, Ernakulam, on Tuesday awarded seven-year rigorous imprisonment to Muhammad Polakanni in the ISIS Omar Al Hindi module case pertaining to the conspiracy and the consequent formation of the ISIS/Daish-inspired terrorist module, Ansarul Khilafa-KL, in early 2016 by certain youth from southern India, with the intention of furthering the objectives of ISIS.

The accused was held guilty under the relevant sections of Indian Penal Code and the Unlawful Activities (Prevention) Act.

The case was registered suo-motu by the NIA on October 10, 2016. The NIA said that the acused from Kanakamala in Kannur district had assembled to carry out terrorist attacks in Kerala and Tamil Nadu, targeting prominent persons, including judges, police officers and politicians, as also at places of tourist importance where foreigners, especially Jews, congregated.

“Investigation had established that accused Mohammad Polakanni, while being abroad, had become a member of the ISIS/Daish-inspired terrorist module and actively conspired over social media to conduct terrorist attacks in southern India. He had planned to physically join ISIS/Daish in Syria, and for that purpose, he had travelled to Georgia from Saudi Arabia in early 2018. He had planned to cross the Georgia-Turkey border to reach Syria and join the Islamic State,” the NIA said.

Polakanni was arrested on September 18, 2020 from IGI Airport in Delhi on his return from Georgia.

With his conviction on Tuesday, a total of nine accused have been convicted in this case.

‘Biggest humanitarian crisis of our time’: Airbnb to provide…

Pre-dawn earthquake in Karnataka sends residents into a…

Indian restaurant owner arrested in US