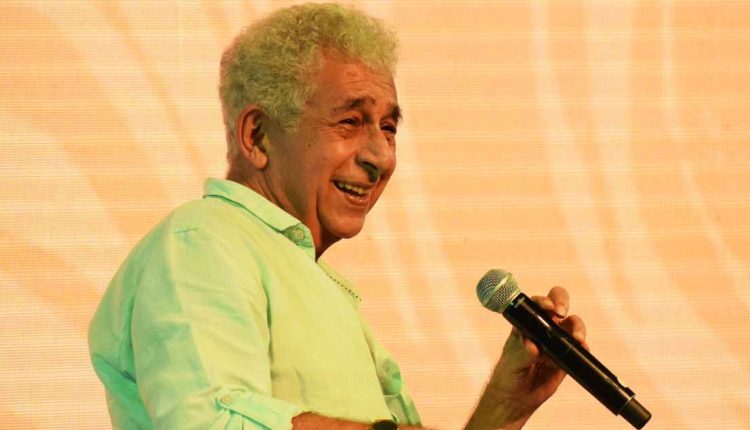 Ratna Pathak Shah is one of the well-known actresses in the Indian entertainment industry. She has not only delivered amazing performances in films and TV series, her work in theatre includes a series of plays in both English and Hindi as well along with her husband Naseeruddin Shah.

Apart from being a fantastic actress, the Veteran actress never minces her words when it comes to issues that plague the industry. She along with her husband Naseeruddin often shares her honest views on issues like nepotism, uneven pay structure in the industry, and lots more.

Recently, Ratna Pathak Shah and her husband Naseeruddin Shah came to Jashn-e-Rekhta 2022 and debated a wide range of topics. During the event, the Sarabhai vs Sarabhai actress expressed disappointment that the new generation of actors are unable to master any language, as reported by ETimes.

When Sanjay Dutt Was Willed A 72 Crore Property By A Female Fan After Her Death, He Reacted “We’re Used To Fans Naming Their Children…”
Akshay Oberoi Opens Up On Preparing For His Role In ‘Gaslight’

“When I work with younger actors now, especially in films, in order to keep it real, they have a very different pattern. It’s unclear and on one tone. They eat their words and do not complete them. I get so hurt seeing that. And when you ask them to be clear, they will speak taking breaks. They cannot do it smoothly,” she said.

Naseeruddin Shah then backed Ratna Pathak Shah’s claim that with other languages ruling the roost, Bollywood‘s bubble will soon burst. He then said that the industry is currently deteriorating to its worst.

“Satyanash hogaya hai. But Hindi film mein kuch bhi kahan behtar huyi hai. Today, we do not hear Urdu in our films. Earlier, when the censor board certificate would come, it had Urdu mentioned as the language. It was because the lyrics and shayaris were in that language, and even the writers came from Farsi (Persian) theatre. That change can be seen today, there is no usage of Urdu words. Ab to behuda alfaaz hote hai. No one even cares about the title of the film, as most of them are taken from old songs,” the veteran actor said.

For more updates on Bollywood, tune into Koimoi.

Remains of over 9,000 Rwanda genocide victims get decent…

Pastafarians cry foul after Church of the Flying Spaghetti…

‘The Kapil Sharma..’ kick-starts with SRK in…