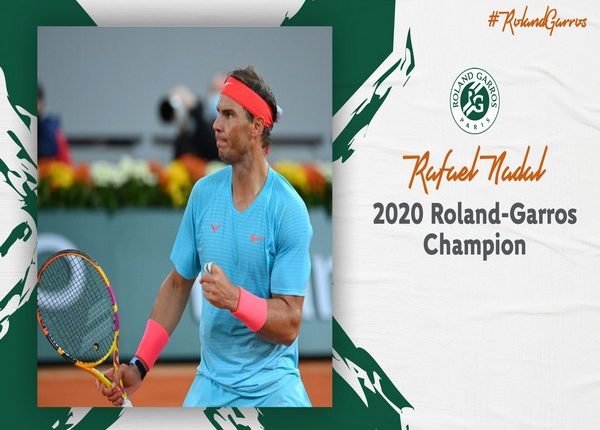 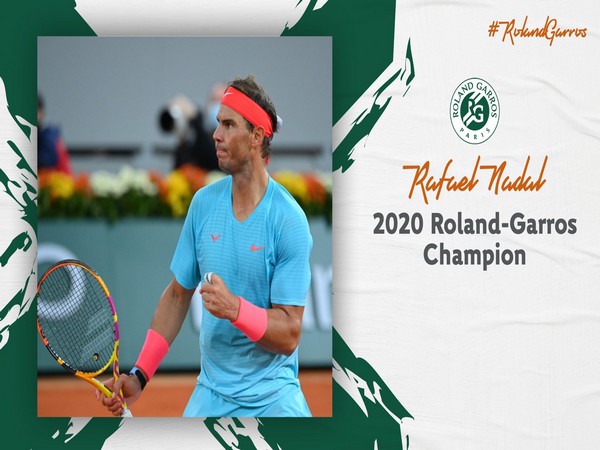 Paris [France], October 11 (ANI): Rafael Nadal of Spain won the 13th Roland Garros crown after registering a win over the 2016 Fench Open titlist, Novak Djokovic of Serbia, here on Sunday.
Nadal defeated Djokovic 6-0, 6-2, 7-5 to capture a record-equalling 20th major singles trophy to draw level with all-time leader Roger Federer.
It was his 100th match win on the clay in Paris, his 27th from 56 showdowns with the Serb.
The 34-year-old is now just one-match win away from becoming the fourth player to record 1,000 career victories — and joining Jimmy Connors (1,274), Federer (1,242) and Ivan Lendl (1,068). (ANI)