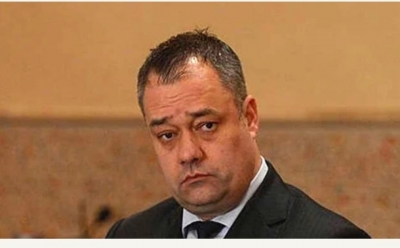 In a recent interview to AL Jazera, Cadman admitted that he was working to get sanctions imposed against RAB from UK, let alone expressing satisfaction at the recently imposed sanctions by the US on five officials of the law enforcing agency.

“I filed the request for sanctions and while I am not in a position to discuss the substance, I can confirm that I discussed the request with the Foreign, Commonwealth & Development Office [FCDO],” Cadman said, referring to the UK foreign office.

The latest statement by Cadman is another pointer to a chilling plot to mislead the world on Bangladesh, as the opposition combine of BNP and Jamaat-e-Islami has long been investing millions of dollars in hiring lobbies to launch sting operations against the government.

In light of the recent sanctions impose by the US over rights issues, and Cadman taking the same line, raises questions over the underlying arm-twisting under the facade of upholding democratic values.

BNP leaders recently announced a deadline — December 10 — to oust the Hasina-led government following which the country would be run on the directives of fugitive convict Tarique Rahman and Khaleda Zia.

A series of misleading campaigns, sponsored by the opposition combine, on the global stage has already been exposed ever since the war crimes trial began in 2009, and the employment of Cadman and his associates by the Jamaat-e-Islam.

Right after the outright rejection by the public in the 2008 elections, the BNP-Jamaat combine opted to spend staggering amounts, particularly in the US, the UK and the European Union, to spread targeted disinformation campaign against the Hasina-led government. Before the last Parliamentary polls, Khaleda Zia even wrote a column in a western paper advocating for cancellation of GSP facilities.

Following its blunder to boycott the elections in 2014, the BNP-Jamaat alliance launched a spate of street terrors countrywide — setting fire on vehicles, attacking law enforcers and minorities in tandem. It later appointed top lobbying firms in the US and the UK, a clear sign of putting all its might behind foreign governments to level allegations of lack of democracy in Bangladesh.

The report in AL Jazera also quoted Mohammad Ashrafuzzaman, a liaison officer at the Asian Human Rights Commission, who provided evidence of human rights abuses by the RAB, attached to the sanctions requests to the US and the UK.

“The expectation was that the UK and the US, being strong allies, would be collaborating with each other by announcing back-to-back sanctions. The US did that, but the UK didn’t,” Ashrafuzzaman said.

The claim of Ashrafuzzaman also raised questions over the substance behind such justification of rights issues, as AHRC already drew widespread condemnation for being a ‘highly-biased body’ that disregards views of the country’s eminent rights activists and vouches for defending a controversial NGO called ODHIKAR, which earned notoriety for faking cases to sell rights issues.

In the wake of the revelation of the inclusion of two Indian insurgents in a list provided by the UN to Bangladesh on enforced disappearance, the organisation stood up in defence of the error-ridden list accusing Bangladesh of launching a ‘hate campaign’.

AHRC in its vague statement alleged that the media in Bangladesh, which it referred to as “pro-government”, and allies of the government are engaging in a campaign to tarnish the UN working group’s reputation and to question its sincerity on a grave issue like enforced disappearance.

What the Commission has, however, failed to consider is that it was not an attempt to vilify any human rights body, rather the intention was to simply pinpoint the inconsistency and inaccuracy of the data coming from an institution like the UN, which has always been at the forefront of defending human rights across the globe, said noted Bangladeshi professor Mizanur Rahman Khan.

While diplomats are vocal over complaints field by the opposition parties on rights issues, the cries of hundreds of families who were tortured and attacked by BNP’s arson operations did not even trigger any protest.

After Jamaat-e-Islami’s appeal to overturn Mir Quasem Ali’s death penalty for heinous crimes against humanity during the liberation war of 1971 was turned down, the freedom fighters said, “This is our achievement. The judgment on Mir Quasem proves how money can’t save one’s neck, that the rule of law and the court’s verdict are more important.”

It was widely alleged by the victims of war crimes of 1971 that Mir Quasem, a top finance collector of Jamaat, had poured in funds for campaigns aimed at smearing the trials of war criminals when they began in 2010.

The government, he said, had a copy of the contract and receipt for the payment he made.

Based in Chittagong, Mir Quasem is notorious as the third man in the vigilante militia Al-Badr command structure during the 1971 liberation war. Quasem, the founder-president of the Jamaat’s student wing Islami Chhatra Shibir after its rechristening from the earlier Islami Chhatra Shangha in 1985, has been an executive member of the party.

The Jamaat-hired Cadman organised a media conference in London two days before the conviction of Mir Quasem by the ICT of Bangladesh.

The state submitted a receipt to the Supreme Court to prove that Mir Quasem had appointed lobbyists to foil the war crimes trials.

US state’s Senate passes bill to allow fireworks during Diwali

Kiara Advani Had A Traditional ‘Mehendi’ And ‘Chooda’ Ceremony, Suryagarh Palace Lit Up At…

hike messenger to launch ‘microapp’ for…

Samyukt Kisan Morcha set to launch ‘Mission UP’ in Lucknow…

Badminton Asia Championships: Lakshya Sen, the odd one out