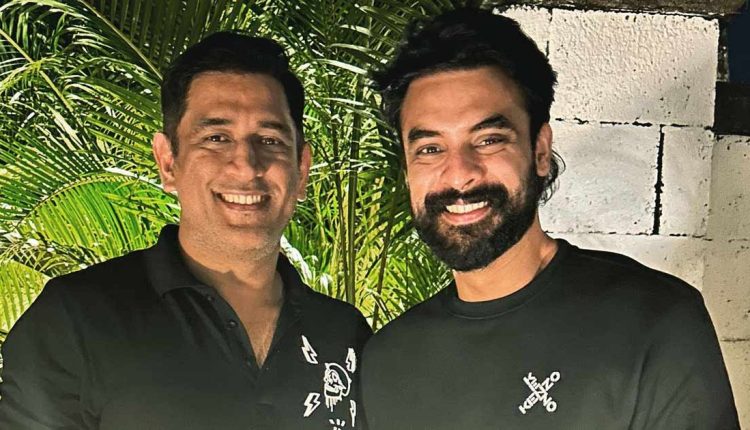 In his Instagram post, Tovino said: “Had a great experience spending time with Captain Cool. That very same persona we have seen on screen – cool, composed, and spontaneous brilliance is the man himself in person.

Minnal Murali further added, “We had great conversations and there was this typical ease with which he would say the most thoughtful things. I feel truly fortunate to have this opportunity. A great role model for all. Wishing more glitter to your illustrious journey”

Tovino and Dhoni met at the Bekal resort in Kasargod near the historic Bekal fort where the movie ‘Bombay’ featuring Aravind Sami and Manisha Koirala was shot.

Dhoni and the Malayalam star Minnal Murali had arrived for the release of the autobiography of noted techno educationist, Professor K.K. Abdul Gafoor. The Chennai Super Kings captain also presented a copy of the book, ‘Njan Sakshi’, to the superhero of ‘Minnal Murali’.

The fans of both stars were elated and many wrote on their social media handles expressing best wishes to both. One of them exclaimed: “Oh my own superstars. Wish them the best.” Another wrote: “Captain cool with our own superstar.”

For more such updates, stay tuned to Koimoi.com

When Timothee Chalamet Thought Funny Locking Out His Mom ‘Completely N*ked’ On A Cruise Balcony & Recalled: “There Are People On The Dock Seeing Her”

Varisu & Thunivu Get Leaked Online! Thalapathy Vijay And Ajith Kumar Starrer Get Subjected To Piracy Amid The Big Clash At The Box Office

Indian Idol 13: Kartik Aaryan & Kriti Sanon To Give The Best Contestant ‘Shehzada Crown’ For Their Stupendous…

Bollywood cannot do away with senior actors: Boman Irani

Nadal admits knee is not 100 per cent fit

I have full confidence that Congress will win Karnataka…