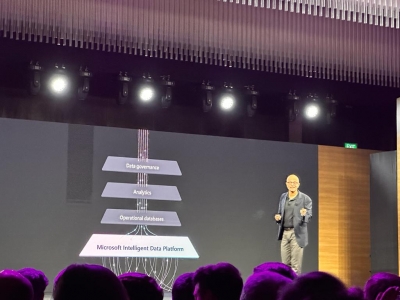 <br>During his India visit earlier this month, Nadella demonstrated some practical functions of AI chatbots, like responding on the dream of the future of Bengaluru with some pretty nice pictures or showcasing what cuisines are part of the popular South Indian tiffins (the AI chatbot showcased biryani too as part of tiffins and later politely apologised to Nadella, smartly saying that biryani is a high-quality food loved by all).

“To truly have AI chatbots as our co-workers will help us do whatever tasks we’re setting out to do by being more creative and more productive, thus breaking down some of the barriers of learning curves for everyone,” he told the audience.

From writing plays to poems, from doing homework to writing essays, ChatGPT is slowly opening its deep neural networks to more and more real-life use cases.

“2023 is going to be the most exciting year that the AI community has ever had,” according to Kevin Scott, chief technology officer at Microsoft.

“We can already see its promise in systems like GPT-3, which can do anything from helping copyedit and summarise text to providing inspiration, and DALL-E 2, which can create useful and arresting works of art based on text inputs,” Scott said in a latest blog post.

As generative AI becomes more popular and accessible, more people will be able to use the technology for creative expression, whether it’s helping them produce sophisticated artworks or write moving poetry.

“An AI system such as DALL-E 2 doesn’t turn ordinary people into professional artists, but it gives a ton of people a visual vocabulary that they didn’t have before – a new superpower they didn’t think they would ever have,” he mentioned.

Inspired by the potential of AI chatbots, Microsoft, which invested $1 billion in ChatGPT developer OpenAI in 2019, is now reportedly planning to infuse $10 billion into the company, which will value OpenAI at nearly $29 billion.

The company now wants to incorporate AI created by OpenAI into Office, Word, Outlook, Powerpoint, and other apps, The Information reported.

Microsoft is also preparing to launch a version of its Bing search engine that uses AI behind ChatGPT to answer some search queries.

“Over the past decade, Generative AI models have developed and gained ground, entering the mainstream only now. Generative AI models can usher in greater democratisation for all, with AI-powered insights for a broad-range of tasks, for creating text, images, video, music or speech, among others,” Ram told IANS.

Generative AI model tools, such as ChatGPT, have the potential to reimagine currently prevalent search architectures, and threaten market incumbents.

“That said, as Generative AI undergoes further development, it remains to be seen how guardrails are deployed for ensuring the usage of such tools and, for instance, preventing bad actors from leveraging it with a malicious intent,” Ram noted.

Generative AI has the capacity to profoundly alter the working practices of a range of vocations, giving rise to new professions and transforming established ones.

“With ethical and thoughtful deployment, it is a tool that could help precipitate a revolution in creativity — one that enables everyone to better express their humanity,” said Scott.

(Nishant Arora can be reached at [email protected])

From being ‘mildly terrifying’ to doing homework, is ChatGPT a boon or curse?

Hunt on for younger Jaya Bachchan for TV show