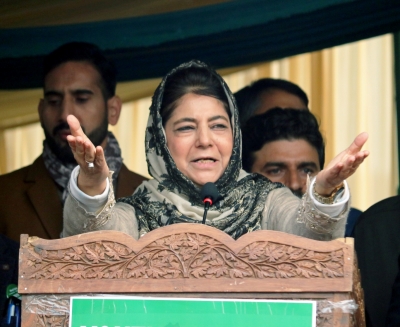 New Delhi, Nov 30 (IANS) Mehbooba Mufti withdrew her plea against the Prevention of Money Laundering Act, 2002 (PMLA) from the Delhi High Court Wednesday in view of the recent ruling of the Supreme Court on the anti-money laundering law.

Mufti is the President of People’s Democratic Party and former Chief Minister of Jammu and Kashmir.

Mufti had challenged Section 50 of the PMLA claiming that ever since her release from custody after the formal abrogation of Article 370 of the Constitution, the state has been hostile against her, her acquaintances, and old family friends, who have all been summoned by the Enforcement Directorate. “Their personal devices were seized in the course,” she had complained.

According to Mufti, she was not the subject of investigation, nor was she an accused, in any of the scheduled offences under the PMLA.

On the other hand, the Supreme Court was also hearing a batch of petitions challenging several provisions of the PMLA.

Marquez says will battle for pole position at Austria MotoGP

Kangana steals moments of joy on sets of…

Two men hailed as heroes for chasing Udaipur accused for 20…