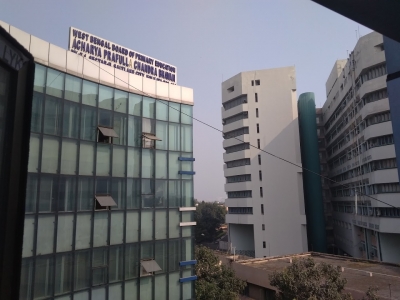 Kolkata, Jan 14 (IANS) A new dimension in the multi-crore teacher’s recruitment scam in West Bengal came to light when a youth appeared for a primary teacher’s interview with a forged call letter. He has been detained.

The incident took place on Saturday afternoon. The man has been identified as Pritam Ghosh.

Questions are being raised on Ghosh’s forged call letter that looks identical to the original call letters issued by WBBPE.

Sourav Ghosh, while talking to the media, said: “After he handed over the interview-call letter, I became suspicious since it did not carry the signature of the candidate. Then I cross checked the list of candidates who were supposed to appear for the interview on Saturday. The name of the youth, Pritam Ghosh was not there in the list.”

Thereafter, Sourav Ghosh asked the candidate to present his admit card for the examination, who handed over a photocopy of the admit card and said that the original one was with one of his relatives waiting outside the office.

Meanwhile, the police were informed, and both — Pritam Ghosh and his relative were detained.

There, the relative told the police that the original admit card was with another relative, who was demanding a hefty amount to return it.

The police later detained both the relatives and are currently questioning them.

Palestinian Prez blames Israel for tension in meeting with Blinken

Imran Khan’s only aim to restrict govt from appointing…

Sonakshi feels liberated to carry a film on her shoulders

‘Pushpa’ composer Devi Sri Prasad keeps it simple: ‘Even a…