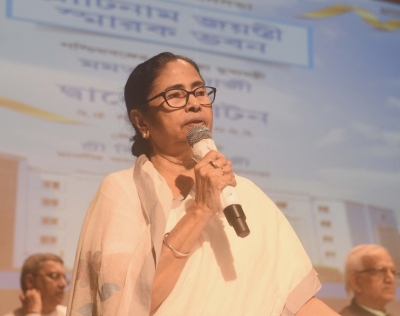 Kolkata, Nov 30 (IANS) West Bengal Chief Minister and Trinamool Congress supremo Mamata Banerjee will meet all the party MPs in New Delhi next month and finalise the strategy for the upcoming winter session of Parliament.

In all probability, party sources said, she will be holding the meeting at Lok Sabha member Saugata Roy’s official residence on December 7. The meeting will deliberate on the issues to be highlighted during the session.

“All the Lok Sabha and Rajya members of the party have been asked to be mandatorily present at the meeting,” said a senior leader of the party who did not wish to be named.

Sources further said that the chief minister will also outline on how to counter issues raised by other party MPs on the events of controversies in the state.

The Chief minister will be going to Delhi to attend a meeting of all the state chief ministers convened by the Indian Prime Minister Narendra Modi for discussions on the G20 summit which will be hosted by India next year.

However, Mamata Banerjee has already announced that she will be attending the meeting not as the chief minister of West Bengal but as the national president of All India Trinamool Congress.

Although nothing has been confirmed as yet, speculations are rife over the possibility of a one-on-one meeting between the Prime Minister and chief minister on the occasion of the latter’s visit to the national capital. The chief minister also has plans to visit Ajmer Sharif during her visit.

Party sources said that attempts are on to fix meetings with the leaders of a couple of other non-BJP parties with the chief minister in the national capital. However, nothing on this count has been finalised as yet.